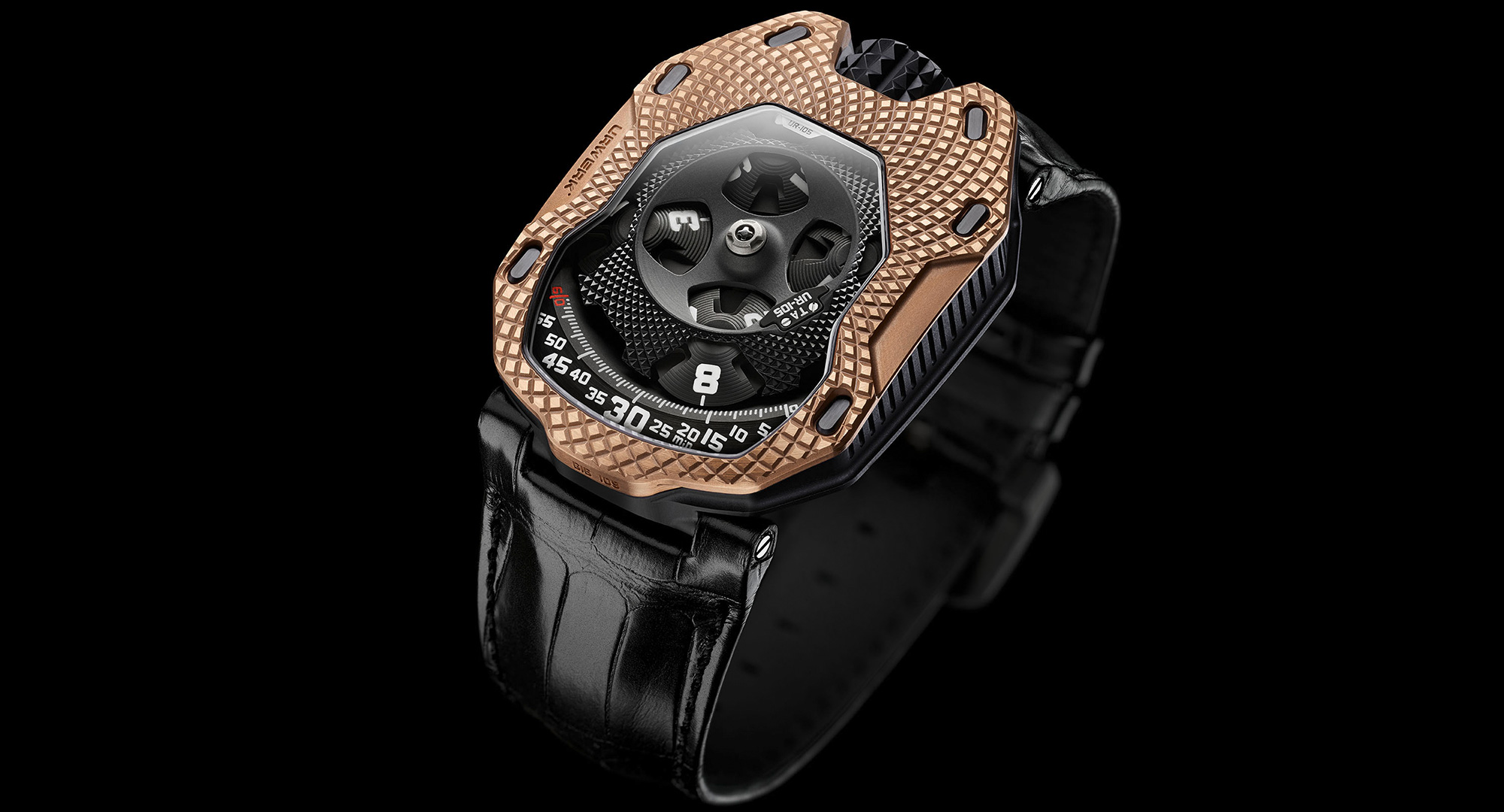 Based in Geneva, Switzerland, Urwerk is an avant-garde brand known for their edgy designs and execution of unconventional time displays. Their prolific use of the “wandering hours” style of display has it incorporated into the brand’s DNA.

The idea of the wandering-hour display is credited to Pietro Tomasso Campani of Rome. It was first implemented in a night clock made for the Pope in 1683. Major European clockmakers then adopted the system, but it was not until around 1800 that wandering hours appeared in pocket-watches.

Hats off to Urwerk for their fantastic modern interpretation of this time display method, adding on to the work of Pietro Tomasso Campani and taking it to the next level.

Urwerk describes their rendition of the wandering hours in the UR-105 as a rotating satellite system.

The Raging Gold features the same UR5.02 calibre found in the other variants. Its distinguishing trait is the carved red gold shield (which acts as a bezel) bearing the “Clou de Paris” hobnail motif. The rest of the case is titanium with a PVD coat. It is the second UR-105 variant to feature a carved top shield, first being the T-Rex.

Time telling on Urwerk’s rotating satellite system is excellent, arguably as legible as a conventional 2 handed timepiece, at least in my opinion.