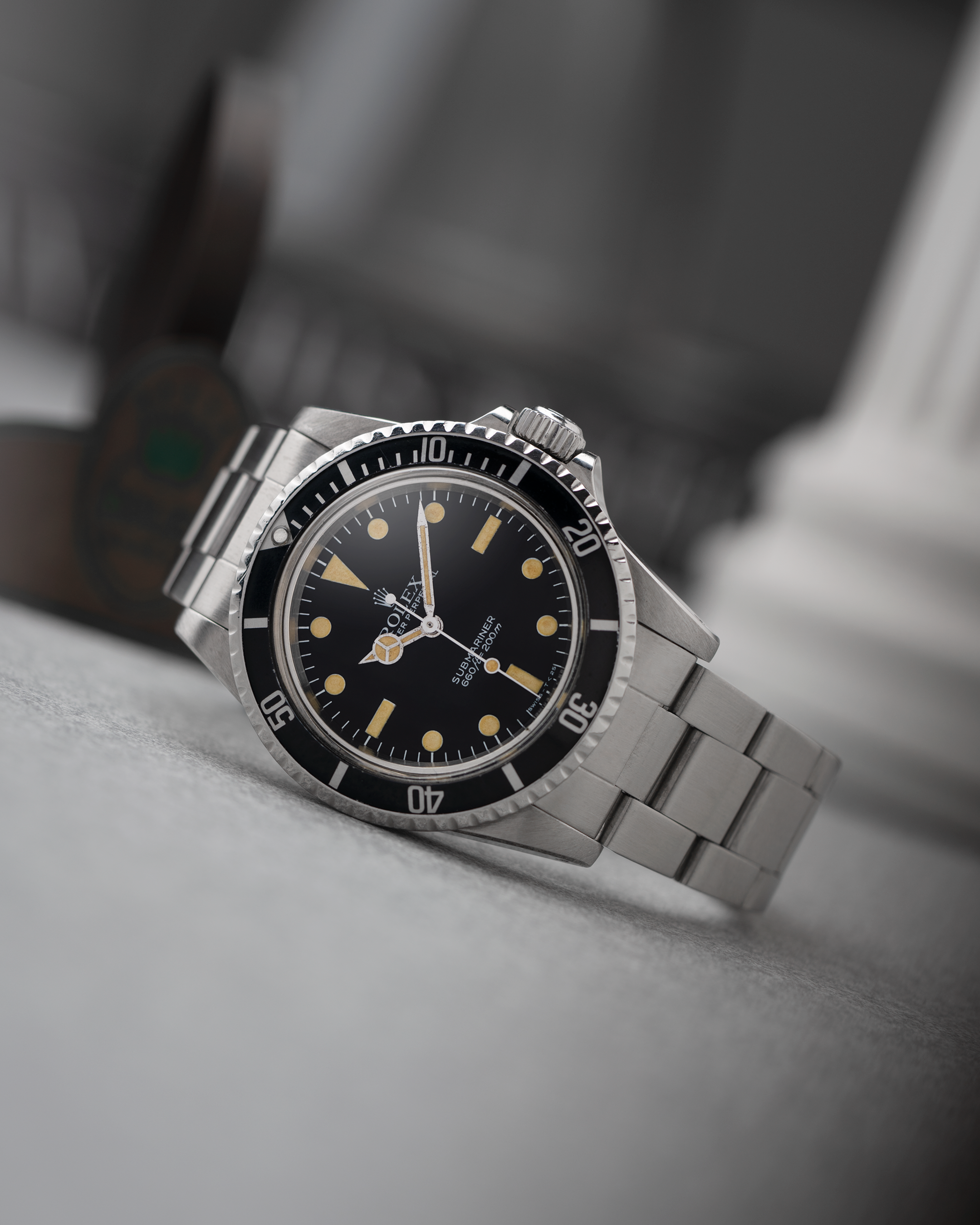 “You do not find the Grail, the Grail finds you”, said Sir Leigh Teabing in The Da Vinci Code. Cheese aside, those words aptly describe my horological journey to-date.

Since going down this rabbit hole six years ago, I have been trying to define and attain that One Watch To Rule Them All. I even wrote my own 10 commandments on the subject, although with each acquisition I seem to be breaking more of them.

However, with this vintage Submariner I was not consciously searching for a grail watch. I just wanted a birth-year watch to celebrate my 36th year of existence, which marks three completed cycles in the Chinese zodiac and also falls neatly in year 2020 of the Gregorian calendar.

But having lived with this piece for a few months, I believe I have stumbled upon my grail. Let me describe the hunt in detail, and you will see why.

Upon hearing of my foray into vintage watches, a friend of mine quipped:

“Welcome to the shithole. Where everything is possible”.

This nicely sums up the world of vintage watches, and in particular vintage Rolex, where the slightest variation in a dial or bezel insert may command a crazy premium.

As they say, forewarned is forearmed. I equipped myself with two excellent tools – a book entitled The Vintage Rolex Field Guide and website on 5513 matte dial Submariners called… 5513MatteDial.com . I liken the former to my M16S1 assault rifle and the latter to my telescopic sight (some nostalgia from my National Service days).

A Submariner? Really? The most ubiquitous watch on the planet? What happened to my love for individuality? Or my appreciation for fine craftsmanship? Admittedly, looking at some of my past loves — the Royal Oak, the Chronometre Bleu and the Datograph — this seems an unlikely choice. But on reflection, it made perfect sense to get a Submariner. 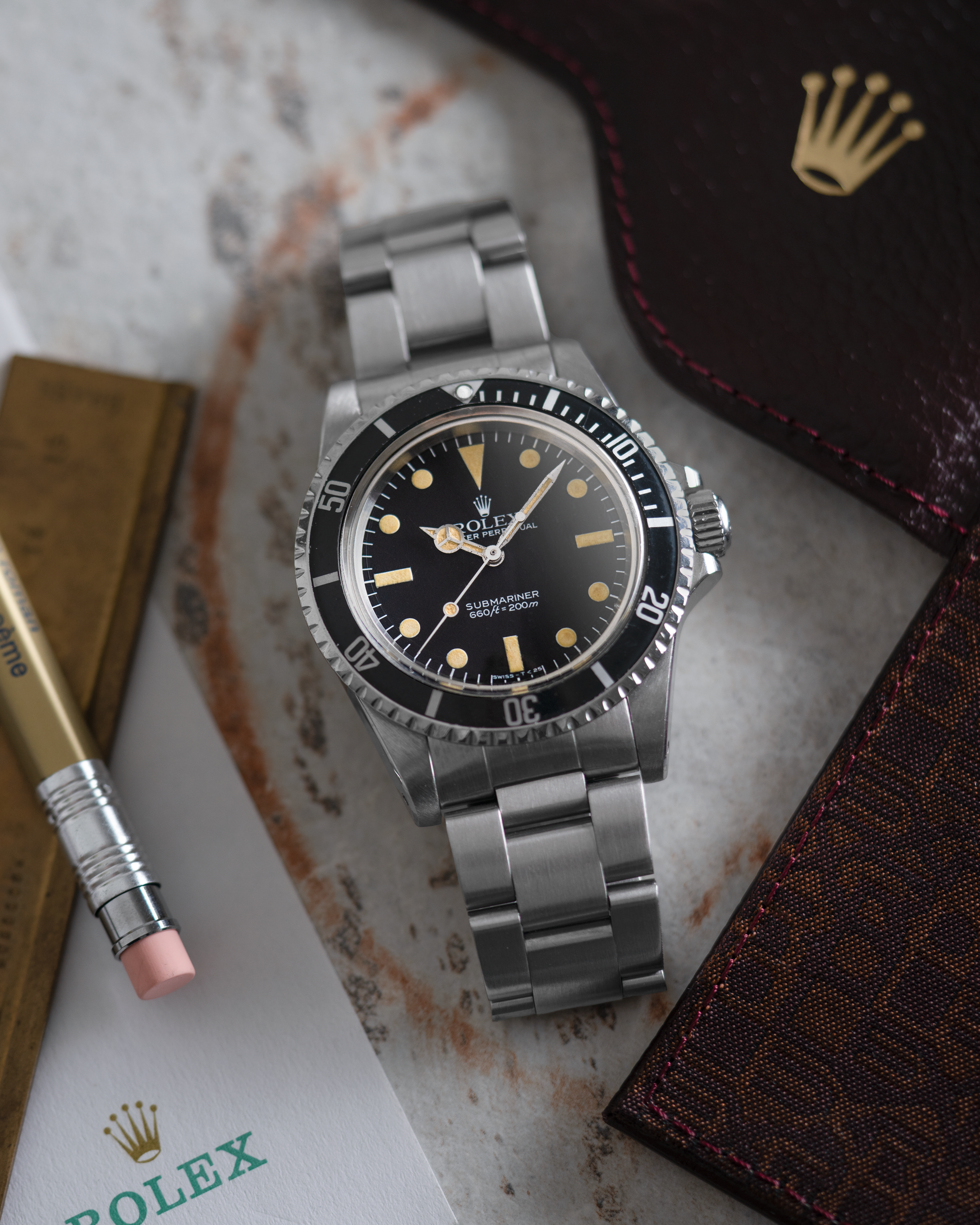 Think about it. It is historically important as the first dive watch rated to 200m and one that created the “tool watch” genre. It is culturally significant as a Bond watch, or the Bond watch in Fleming’s original novels. It is versatile and looks good whether paired with a tux or a t-shirt. What’s not to love?

As for its ubiquitousness (what a mouthful), is that such a bad thing? To quote Stephen Pulvirent:

“When you say “wristwatch” I think a large percentage of people picture something similar to a Rolex Submariner in their heads, whether they know why or not.”

Which is one heck of a feat. Does any other timepiece exert the same influence? And if a birth-year watch signifies achievements of the past and confidence in the future, should it not be from the lineage of the greatest?

Between the Submariner and the Submariner Date (Rolex Nazis will tell you that there is no such thing as a “no-date Submariner”), the choice was clear. I always prefer the symmetry of a dial without a date window, unless it is a big date in the centre of the dial.

The not-so-easy choice was deciding on which 5513. 1984 is an annoying year to be born in, if you are hunting down a birth-year 5513. That year, Rolex ceased production of matte dial 5513s and replaced them with glossy dial 5513s featuring lume plots with white-gold surrounds. So while you had two 5513 variants choose from, fewer pieces of each variant were produced in 1984. 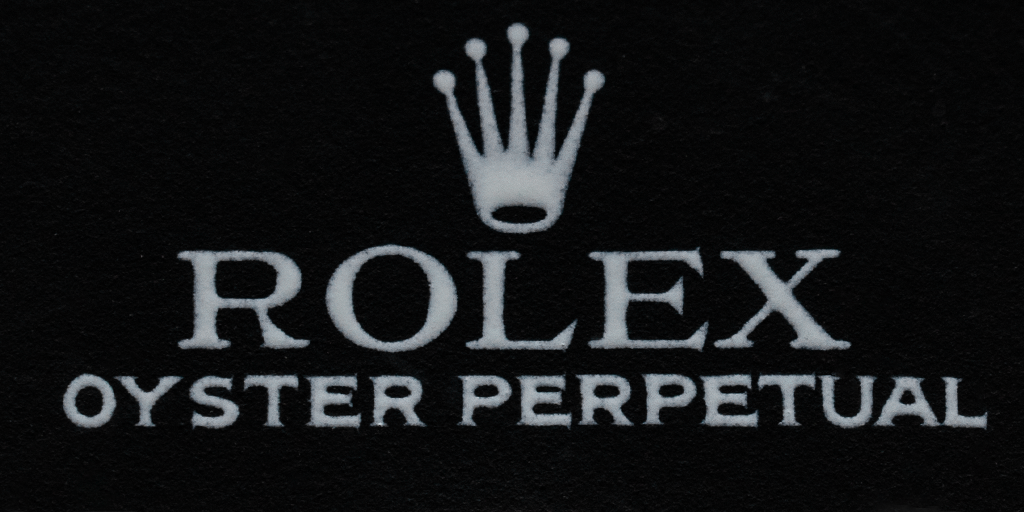 The good news is that both variants have their merits. The matte dial exudes old-world charm, and is adorned with oversized “Maxi” markers that are just beautiful. The glossy dial has an unusual transitional feel, pairing the tritium lume plots of the vintage era with the white-gold rings of the modern era.

In the end, it came down to a hashtag. I followed #5513 on Instagram and told myself that I would pick whichever variant appeared with the right production year, condition, and price. When I saw a post of this Submariner with its well-preserved case and gorgeous patina on the lume plots, I stopped scrolling. The caption simply read:

No superlatives, just an honest opinion. I knew at once that I had to get that good. 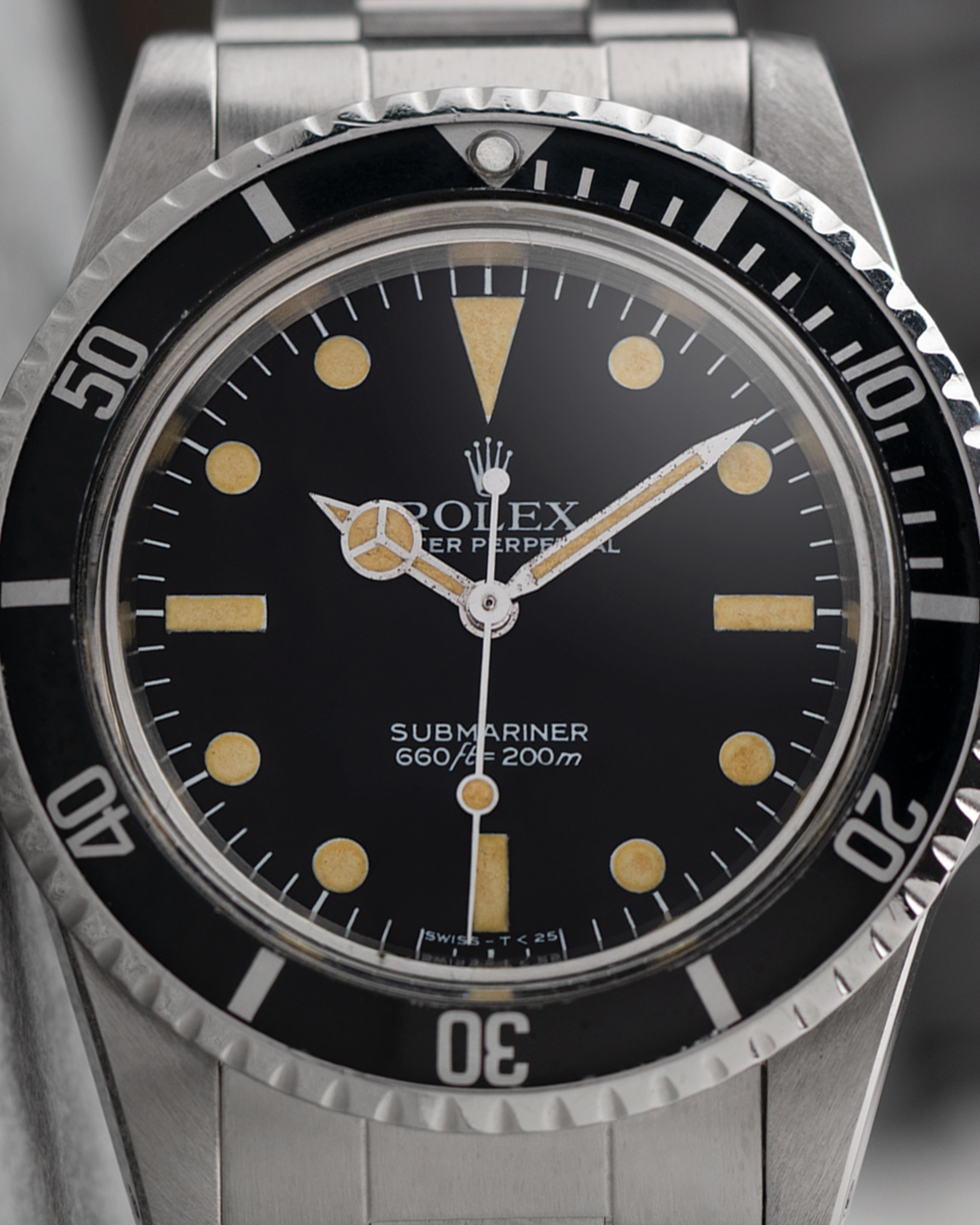 There are five Maxi dial 5513 variants and this the final Mark V dial. Identifying this dial is easy. No need for any extreme measures, like scrutinising the position of the “A” in “SUBMARINER” relative to the “=” in the depth rating (cue exploding head). You just need to check that the “SUBMARINER” text is longer than the “660ft = 200m” depth rating — only the Mark V dial has this feature. 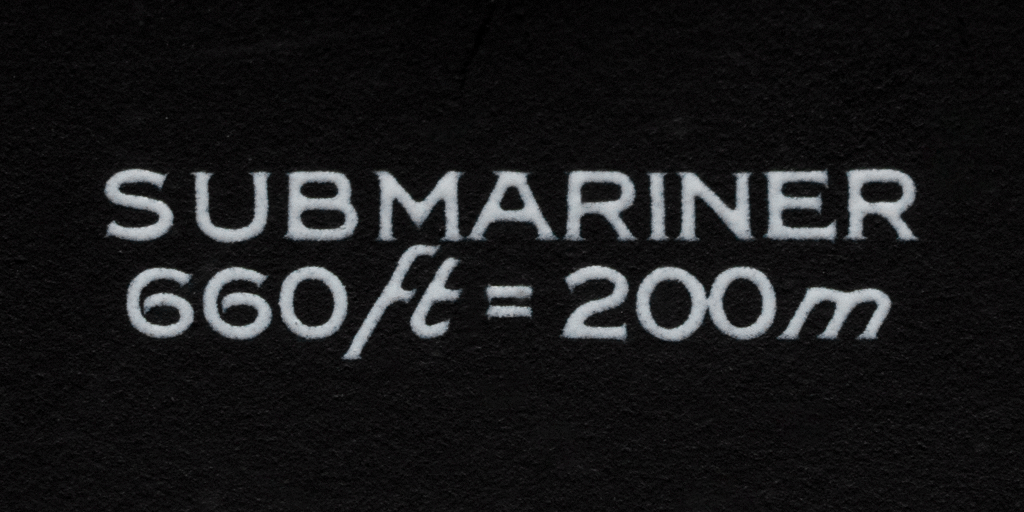 History aside, I just love the overall look of the dial. The tall and elegant Rolex coronet, the clean two-line text, the open sixes of the depth rating, the larger-than-usual lume plots — these elements collectively form the quintessential vintage Submariner.

I have the highest respect for the build quality of modern Rolexes, but feel that they lack some character owing to their (here we go again) ubiquitousness. I like knowing that the timepiece on my wrist is a little different from all others. For example, I like how the hand engraving on each Lange balance bridge is unique, or how no two grand feu enamel dials are identical.

Which leads us to the pièce de résistance of this Submariner — the patina of the aging tritium applied to the hour markers and hands. The beautiful custard / egg yolk / pumpkin colour of the extra-large markers absolutely “pops” against the matte black dial. 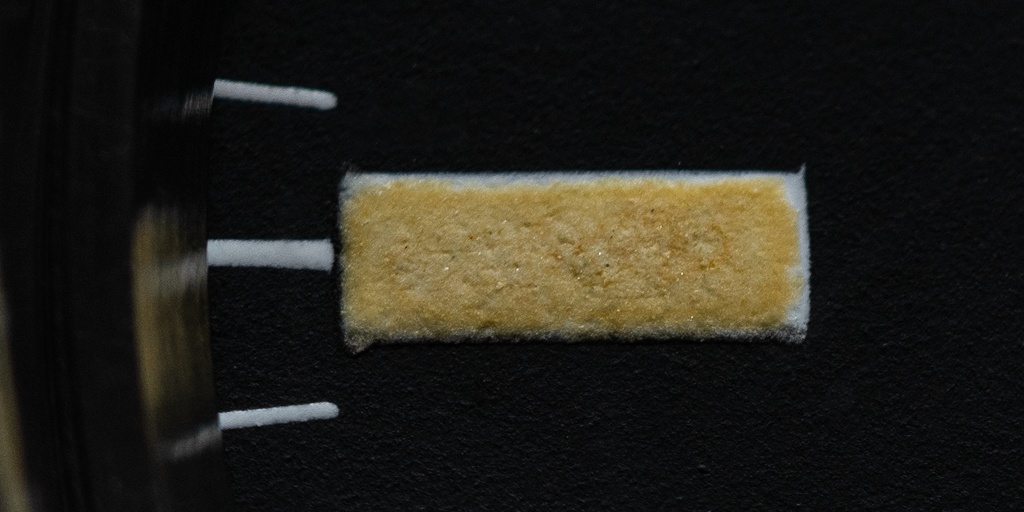 No one knows for certain how a particular shade of patina is formed. The patina could be due to a lack of UV light, exposure to the elements, luminous mixture used or some combination of all. A bit like knowing the ingredients, but not the mixing proportions or the oven settings, of your favourite cake.

Which is the beauty of it all — the patina makes each 5513 unique. Some would say that my Submariner lacks hand-finishing but I beg to differ. To me, the lume plots were in fact finished by hand — the hand of God.

There is not much to say about the Oyster case. Unlike the oft-debated question of the first self-winding or diver’s wristwatch, there is a clear consensus that Rolex made the first waterproof wristwatch in 1926. It is assuring to know that this legendary case design has proven its mettle over almost a century. I am also pleased with the condition of my 5513’s case. The lugs remain thick, with the beveled and polished edges still looking fresh. The case bears some hairlines as expected, but has no major scratches or dings. The watch reference and serial numbers are clearly legible too. 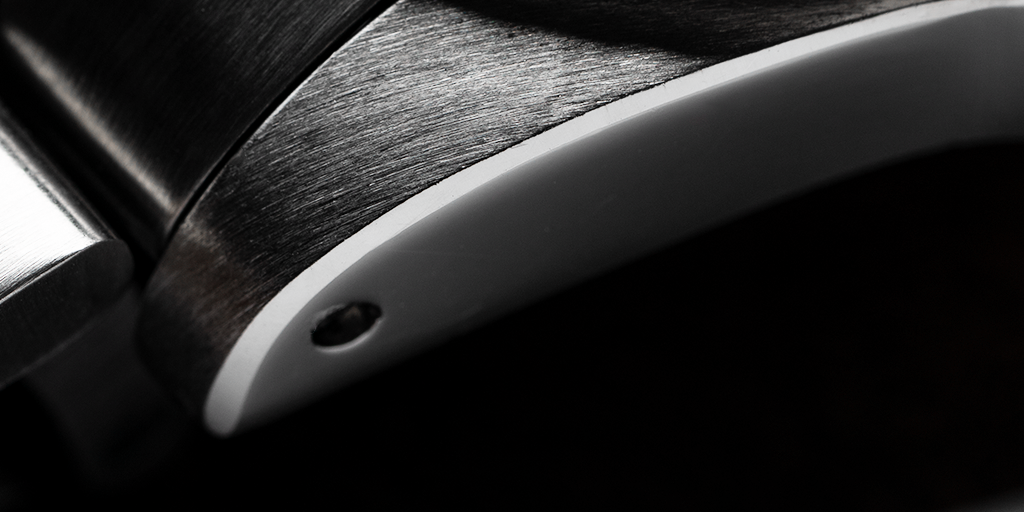 The brushing on the 93150 bracelet is near-unblemished, quite remarkable considering its age. The bracelet itself does not have much stretch and the clasp snaps into place with a satisfying click. My only minor bugbear is that a portion of the diver’s extension tends to pop out easily. But I suppose these things are par for the course on vintage bracelets. 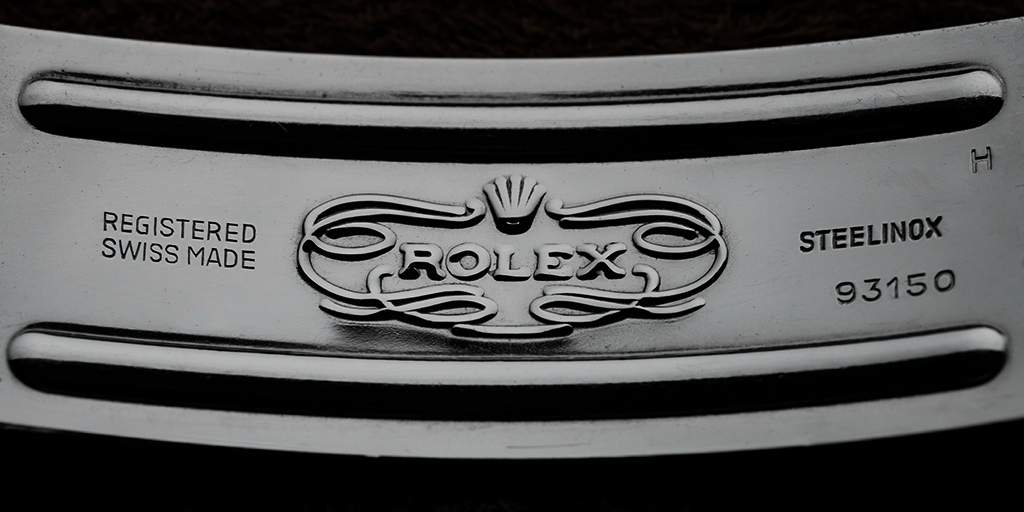 And now for the other highlight of this Submariner — the aluminium bezel insert. If the patina is the icing on the cake, then the bezel insert is the layer of Teuscher chocolate (Swiss-made, naturally) buried within. This bezel insert is not period correct, but that is a happy thing. It is in fact a Fat Font Mark II insert from the 1960s or early 1970s. 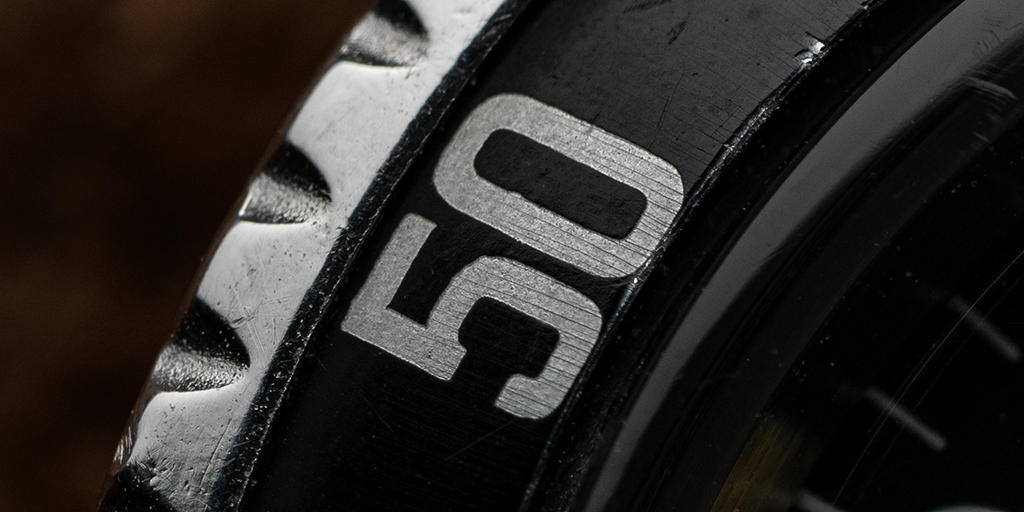 The Long 5 insert is rarer and more valuable than the Mark III insert, but to be honest this did not have much bearing on my purchase decision. Rather, I simply like the look of the thicker font, and enjoy having a combination that sets my 5513 apart from all others.

The Calibre 1520 is a typical no-nonsense movement from Rolex. It gets the job done without frills — a robust and reliable automatic that will never come to a standstill as long as it is worn. Its fairly-standard power reserve of 42 hours ensures that it will still be ticking after being left on the nightstand for one or two days.

It is not, and was never intended to be, COSC-certified. Most will agree that the certification is not all that relevant, as any Manufacture worth their salt would already have rigorous assembly and testing processes in place. The lack of certification results in an uncluttered dial with two lines at 6 o’clock instead of four — definitely a plus for me.

And so, I ultimately picked character and wearability over rarity and craftsmanship. Not my usual criteria, but this Submariner has passed the litmus test — it just feels right.

I can almost hear the wizened old knight from Indiana Jones and the Last Crusade saying, “You have chosen… wisely.”