It is always magical here in Switzerland. Breath-taking views of the vast lakes and snow-capped mountains, the wonderful people, the chocolates, and of course, the Swiss mechanical watches!

Back in Geneva some 10 years later, I must say, the city never lost its charm. The same cobblestones lay the path of the familiar Rue de Rhone, as the efficient and emission-free Swiss trams ply the tracks. It’s wonderful to be back!

Of course, the nostalgia is wonderful, but today, we were in a little rush. You see, there is a Mercedes E-Class salon waiting for us, and before we know it, the car is weaving through some minor traffic towards Chemin du Tourbillon. Where is that? For the watch nut out there, the “Tourbillon” must have been an easy giveaway.

Yes, we are heading to an esteemed Swiss watch manufacture. And not just any manufacture but a manufacture that has existed since 1755 – indeed, it is none other than Vacheron Constantin!

We began with a warm welcome from the Vacheron Constantin team, led by International PR Manager, Stéphanie Joire and watchmaker Lucy Abt, the latter who started off as an apprentice with Vacheron Constantin 10 years ago, and now working with the Chrono-Tourbillon workshop.

Before we get into the watches proper, we had a little introduction of the facility. This is a new facility completed in 2004, with the artfully curated blend of metal, glass and wood, providing a pleasing sense of accessibility, transparency, strength and dynamism. 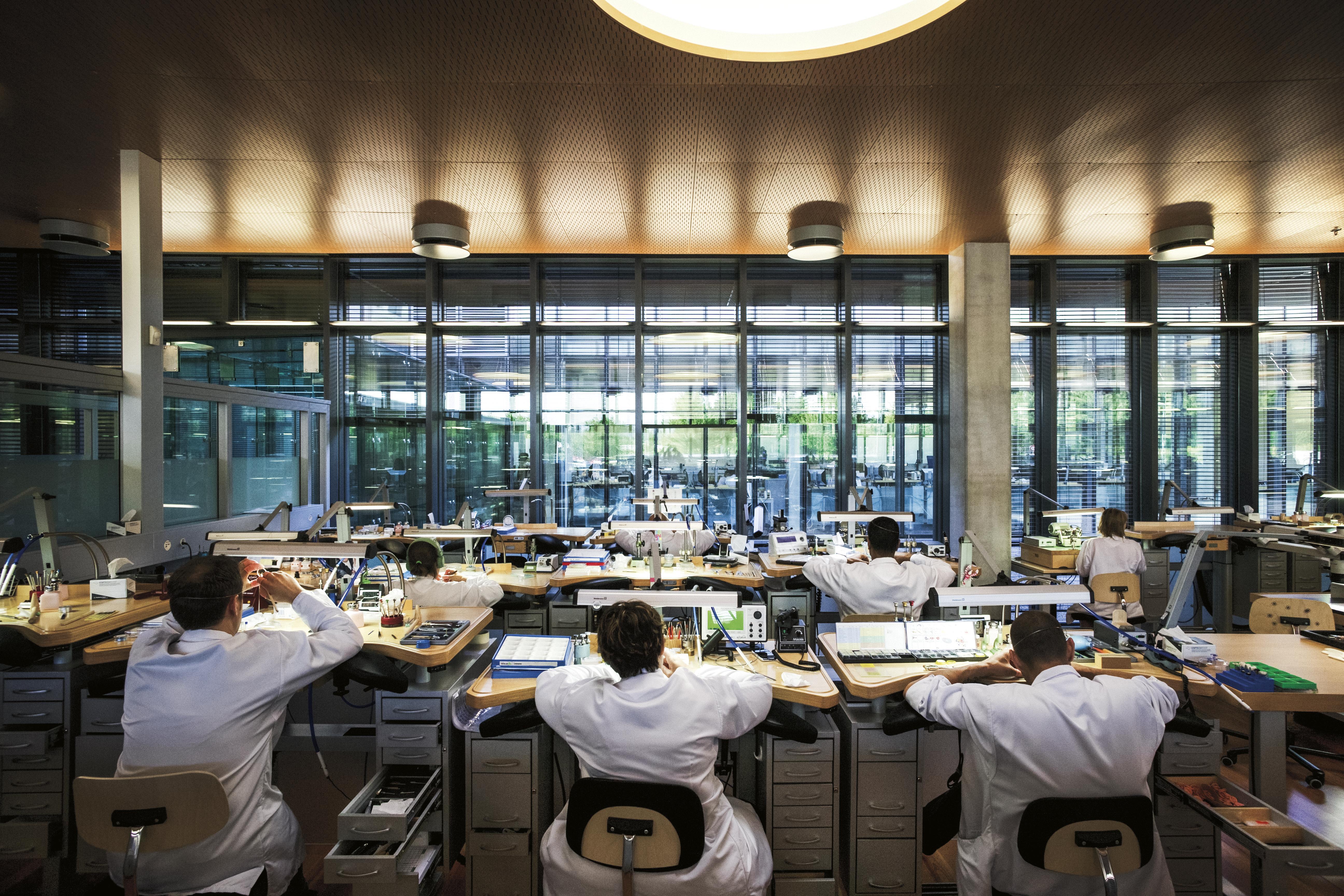 Vacheron Constantin also has other workshops located in the Vallée de Joux, where movements and parts are manufactured and worked on before being transported over to this exact facility for subsequent enhancements – further movement work, finishing, encasing, testing, and of course, earning that coveted Geneva Seal. Regrettably, no photography is allowed here on. 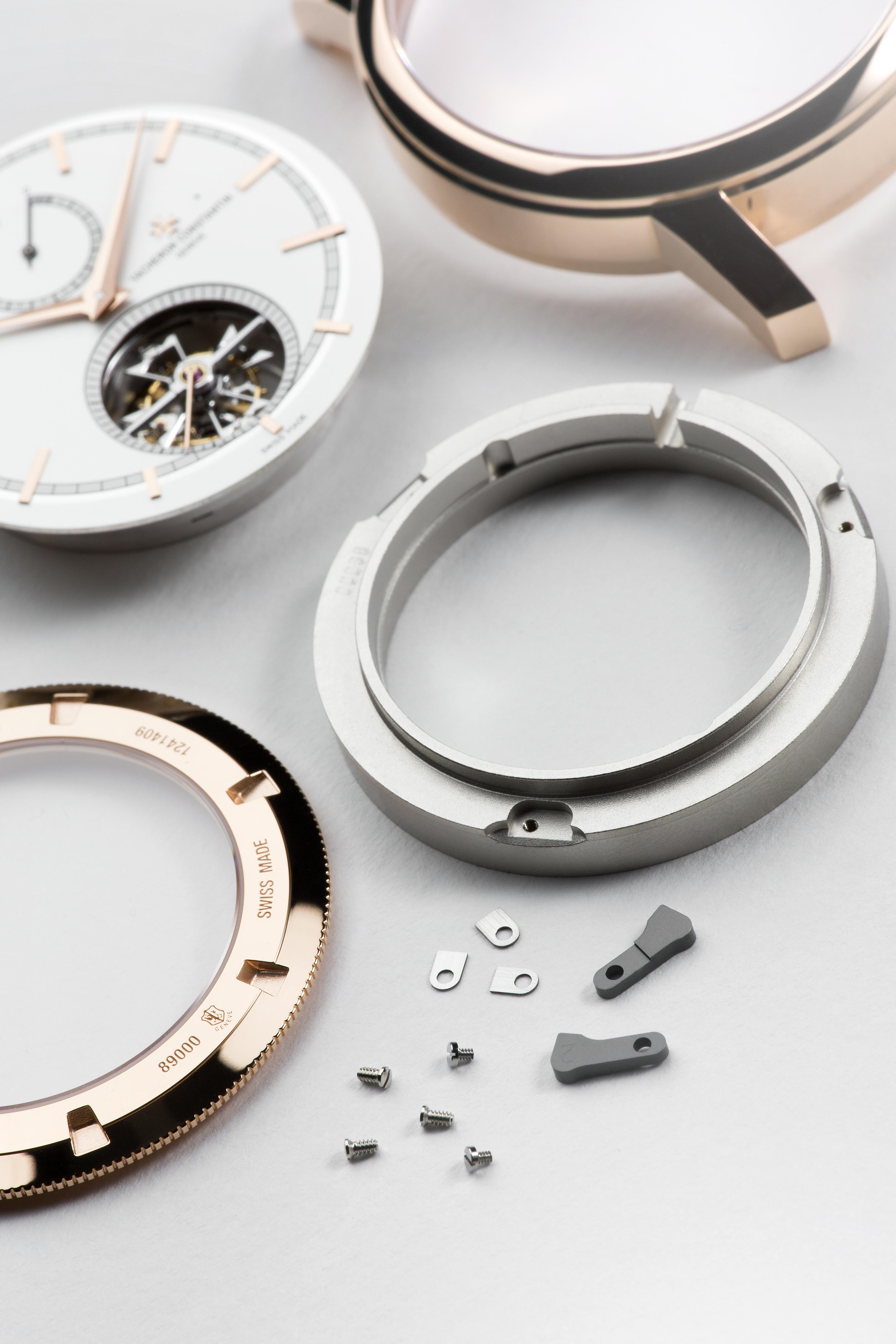 The watch parts and movements that first arrive in the Vacheron Constantin facility are immediately cleaned and inspected by watchmakers to ensure that the movements and parts meet stringent standards and are not otherwise damaged during transportation. In fact, as you will see later, a hallmark of Vacheron Constantin is the extremely high levels of quality control, requiring several checks before each movement leaves a department. Time and again, every part and movement is checked before it leaves a department, and again when each downstream department receives them.

Work first begins in the movement department. Watchmakers assemble, adjust and check the movement in all 6 positions to ensure that it meets the accuracy standards. Movement assembly and adjustments are further divided between the simpler movements and the high complications department. Either way, you can expect the same high levels of precision and quality in the work.

To demonstrate just how small movements can get, we were shown a variety of movements through the microscope, from the more ubiquitous Calibre 4400 and Calibre 1400, to the rarer Calibre 1003 and Calibre 1005 , the latter with thickness of only 2.1mm and diameter of a mere 15.7mm. How do the watchmakers work on that scale? Consumers like me can only fathom! 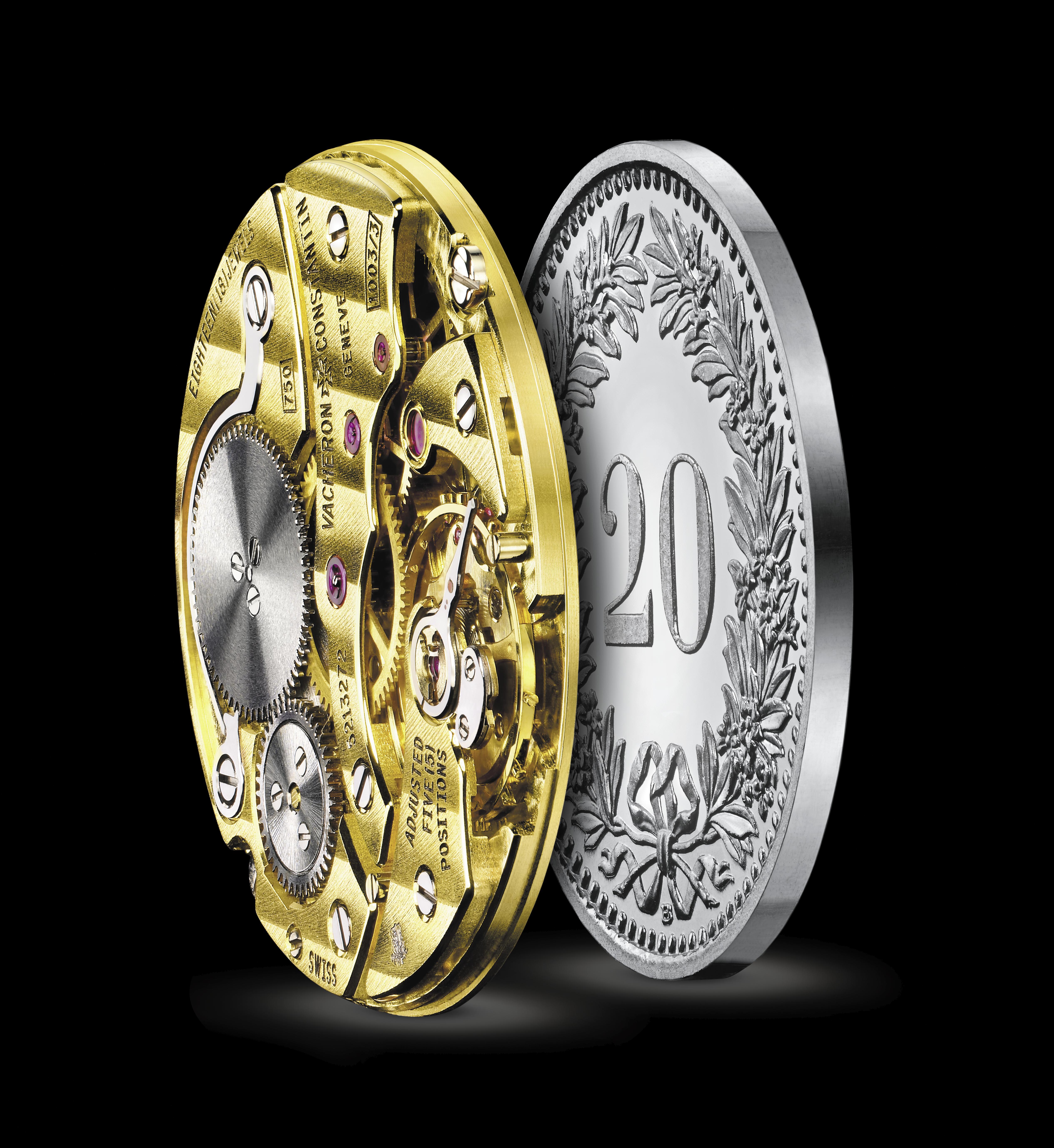 As mentioned earlier, the movements will then be painstakingly checked twice, before being sent to the casing department, and again by the receiving department before casing work begins. Now, placing a movement into its case may sound a little easier. That was certainly the assumption in my mind – like slipping a hand into a glove. But no, it certainly wasn’t the case (pun unintended). Dust is the single biggest enemy here, where even the smallest speck can ruin an entire day’s work. Despite full precautions, including maintaining utmost cleanliness and utilizing negative pressure, dust remains an annoying adversary. Indeed, our watchmaker had to undo all that she had done just 2 days ago when she spotted a speck of dust on the date wheel. One can only imagine her frustration, but such determination and patience is the hallmark for perfection.

Vacheron Constantin is also famed for its high complications, and the next visit is exactly to that department. Here, we were treated to both the Vacheron Constantin Patrimony Ultra-Thin Calibre 1731 Minute Repeater and the Harmony Ultra-Thin Grande Complication Chronograph. Now, I am familiar with the Calibre 1731, having handled it in Singapore and again in Dubai, and gleefully passed the test by telling the time via the very intricate chimes!

The Harmony, however, is a splendor to behold. Limited to 10 pieces, it certainly is a rare sighting. Functionally, this watch features a power reserve indicator, a peripheral automatic rotor and a split second (Rattrapante) monopusher chronograph. A very impressive feature set, but is this worthy of its “grand complication” name? Well, one look at the movement and all doubts get washed away. Made from 459 very intricately finished parts, tastefully assembled, with that oh-so-amazing peripheral rotor; it is a labyrinth of mechanical excellence. From ensuring minimal jerking when activating the chronograph, to making sure the rotor does not over wind the mainspring, all of which features the latest R&D work from Vacheron Constantin.

The final stop, and what is probably the most breath-taking, is the Métiers d’Art division. Composed of 4 different expertise, namely engraving, gem-setting, enameling and guilloche, this is where Vacheron Constantin endows its haute horlogerie timepieces with the ultimate expressions of art.

The first stop is to the guilloche department, where a sole master guillocheur laboriously works on his masterpiece, at this particular instance, embedding an image of the Great Wall of China onto a guilloche dial. Making precise and minute adjustments on crank of the century-old engraving lathe, also known as rose engines, he applies the correct pressure onto the tool carriage to ensure that the lathe tool makes an engraving at the exact spot, with just the correct depth. He then withdraws the tool carriage, makes another minute adjustment, and works on it again. As you can guess, this process must be repeated for over thousands of times before the masterpiece is complete. The result? An intricate, precise and absolutely alluring repetitive pattern etched onto the master guillocheur’s masterpiece. 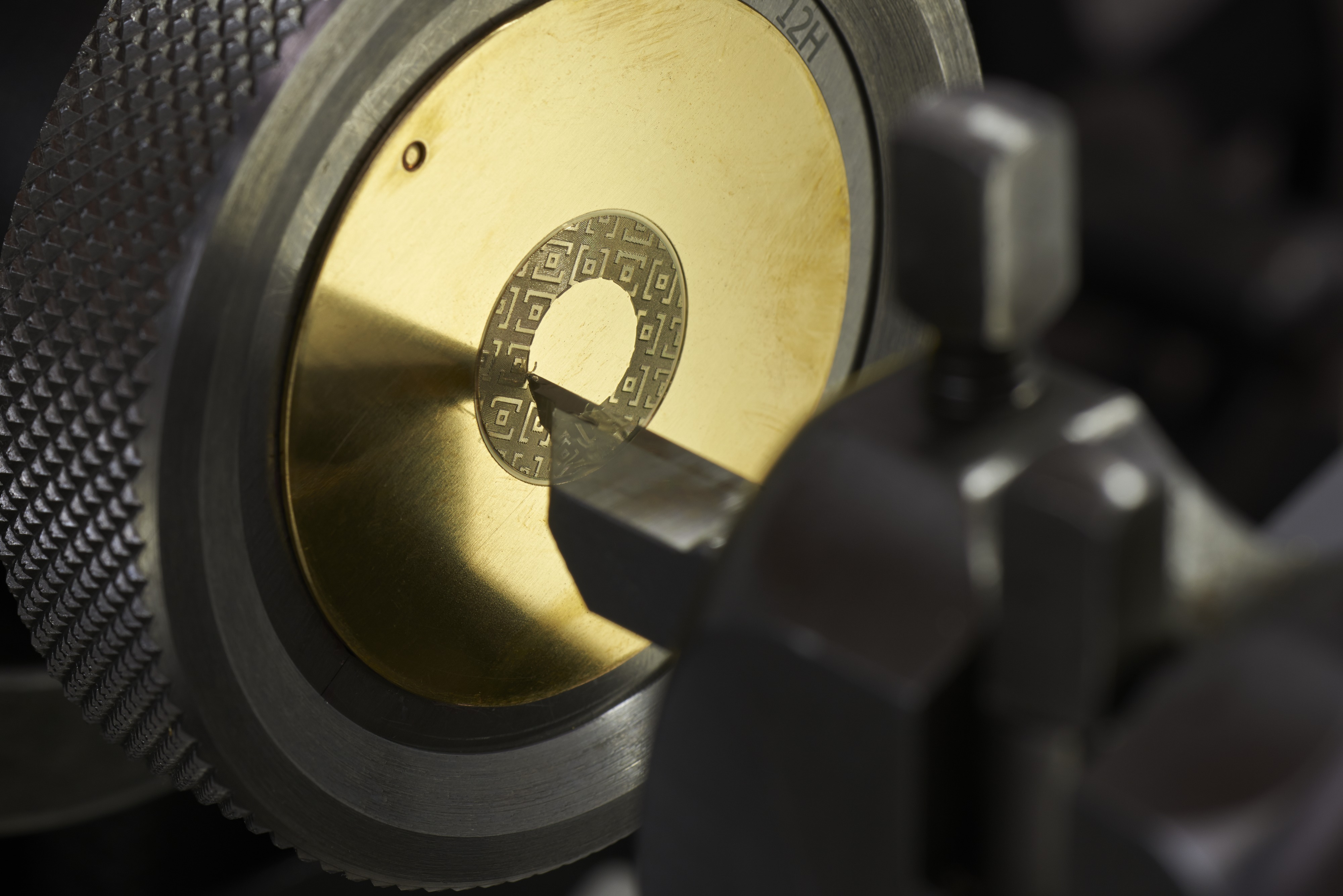 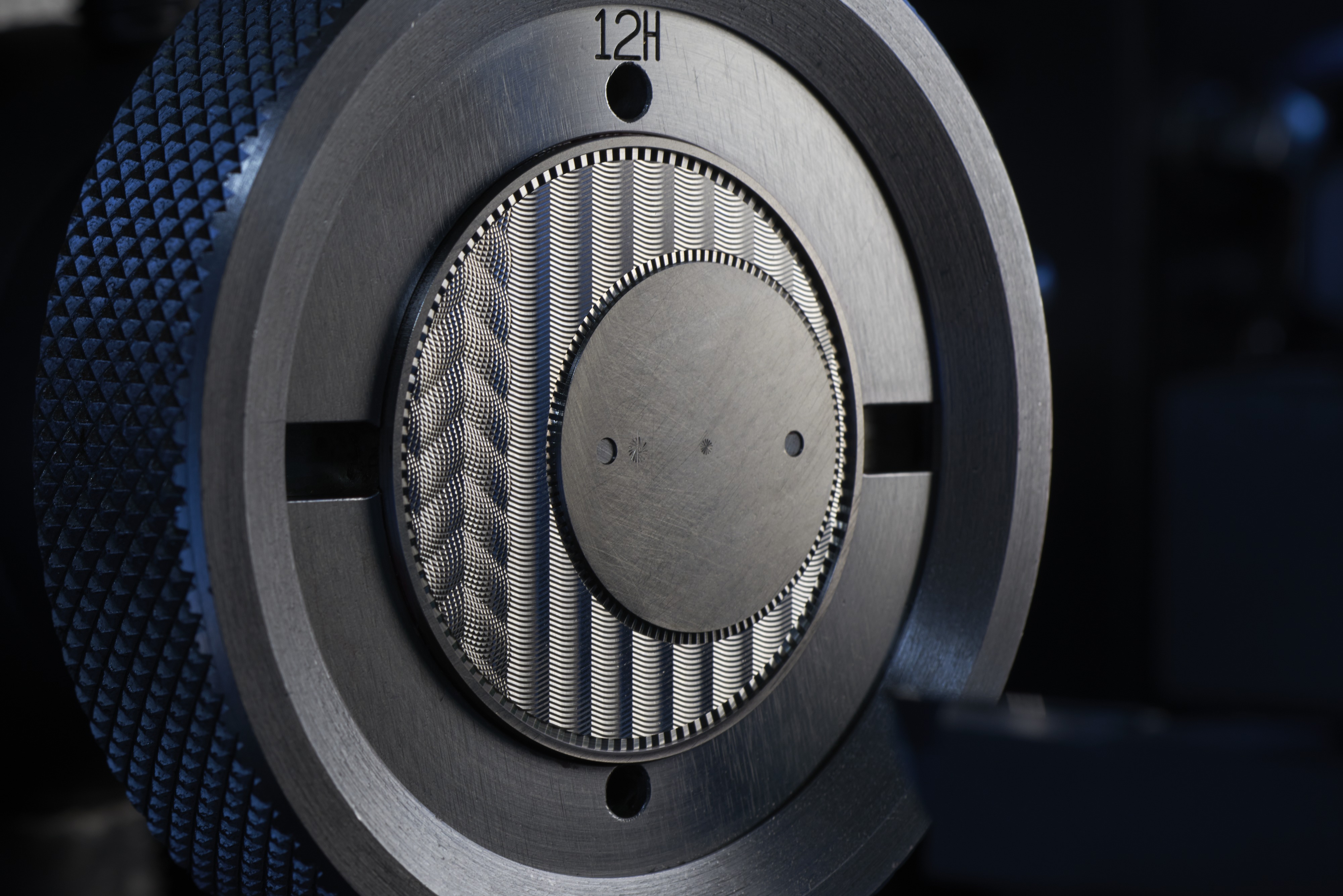 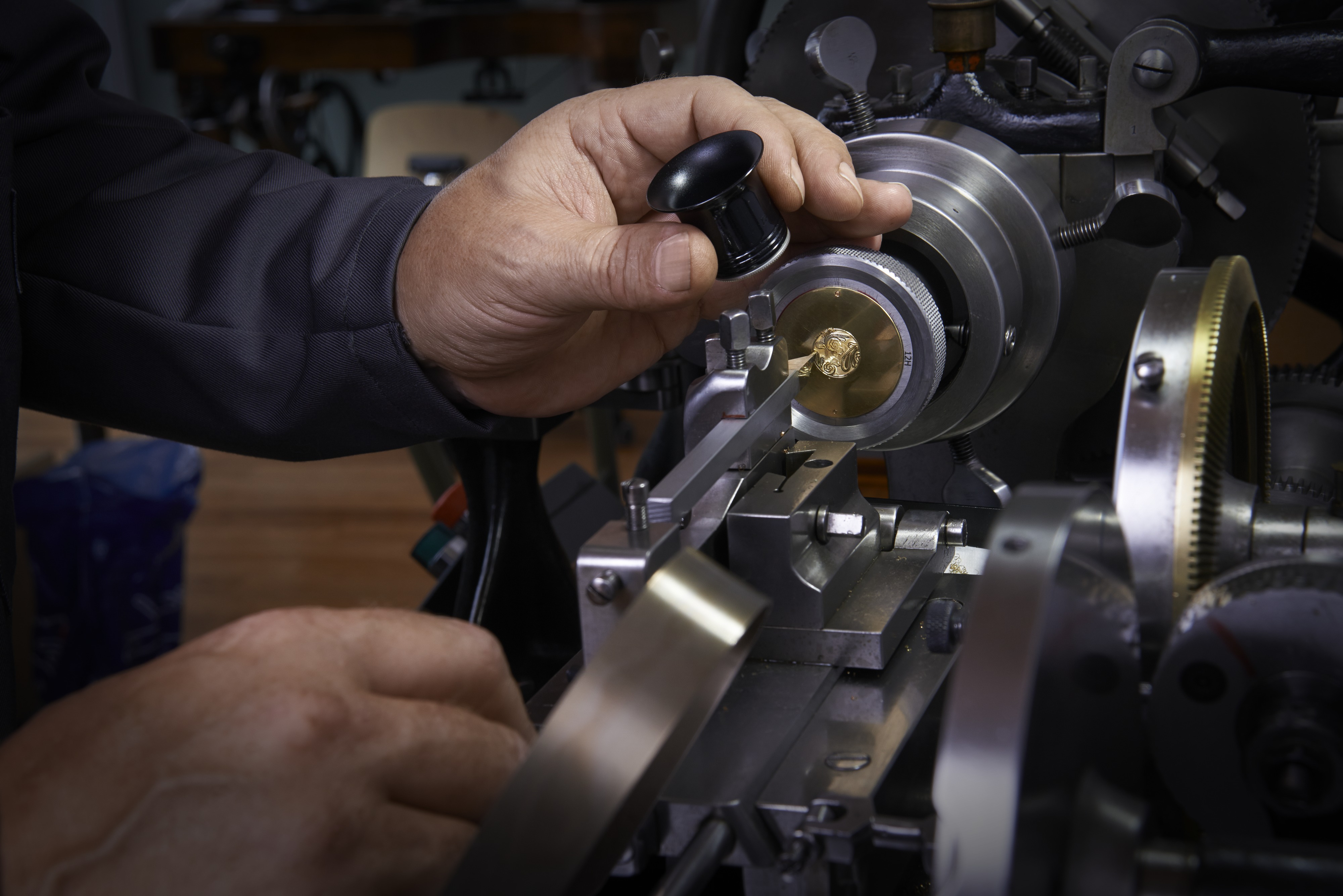 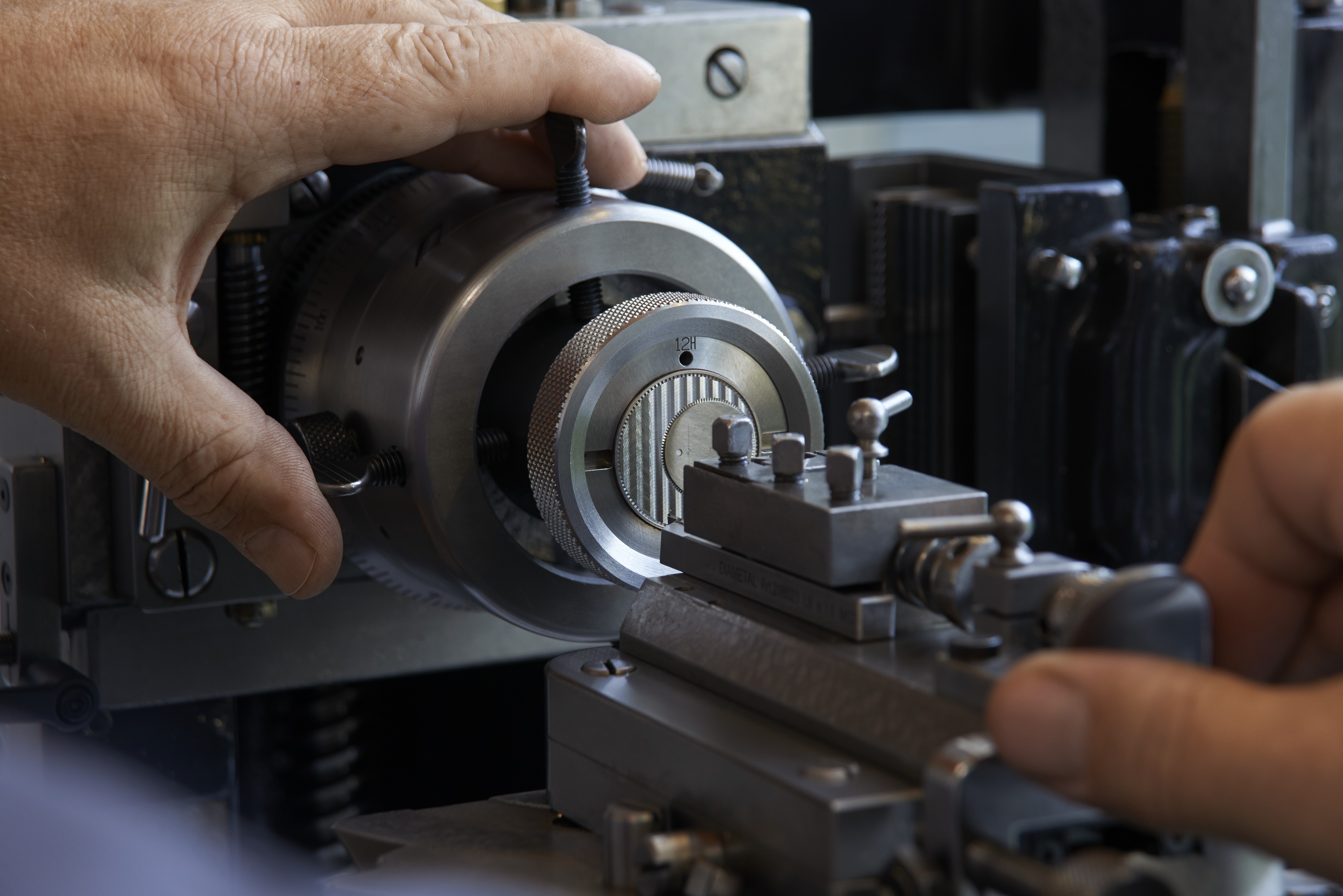 Next up, engraving! After seeing the amazing results of guilloche, one does wonder, how does engraving match up? Sure, carving is no easy feat, but how amazing can it get? No, dear readers. Engravers here in Vacheron Constantin are artisans of all materials. From the start of conceptualization to the final product, the engraver leaves no stone unturned. Through carvings as intricate as a tenth of a millimeter, 3-dimensional expressions, intricately hand-engraved patterns, each piece of art developed is a work of splendor. I shall let the final products below speak for themselves. 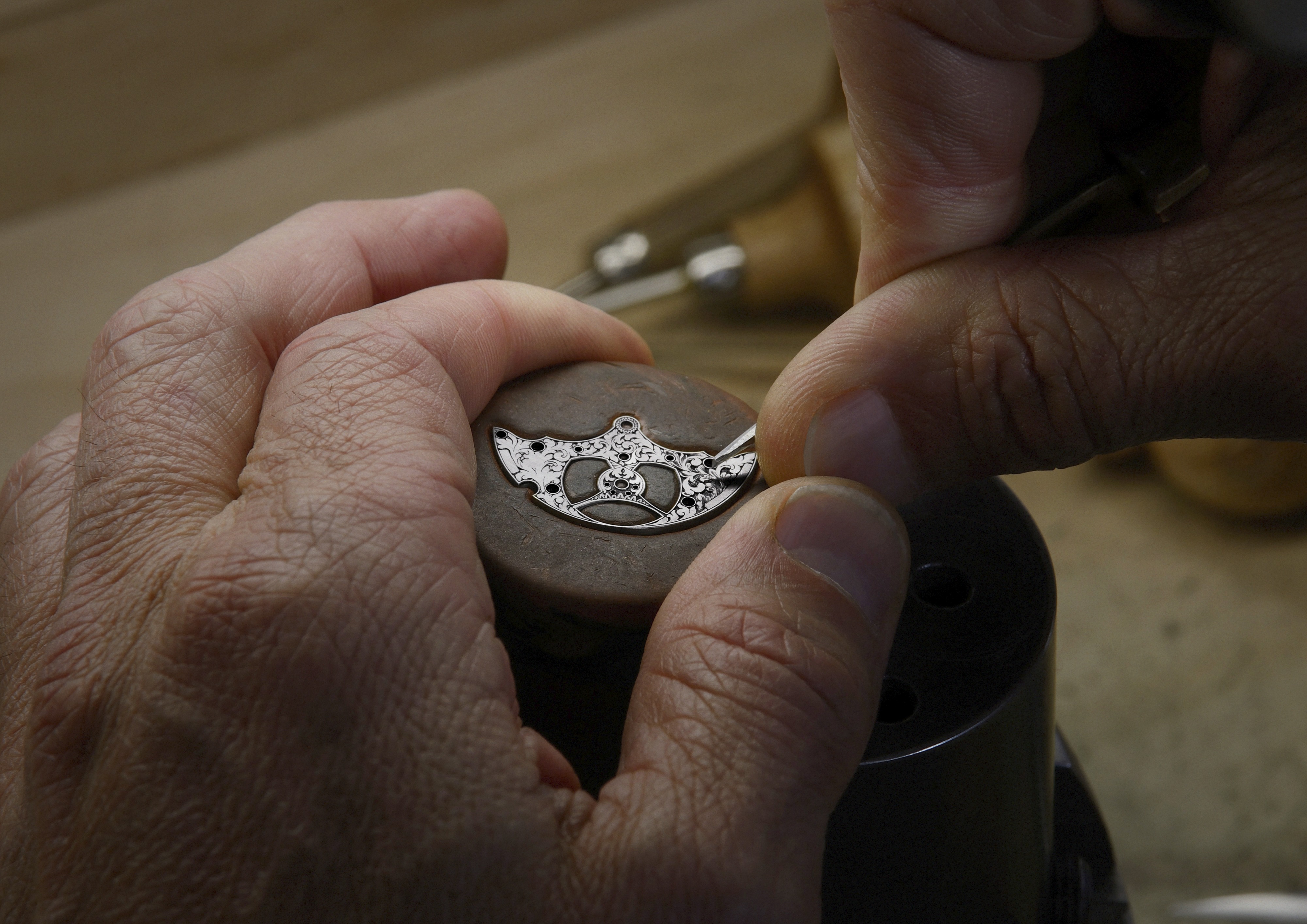 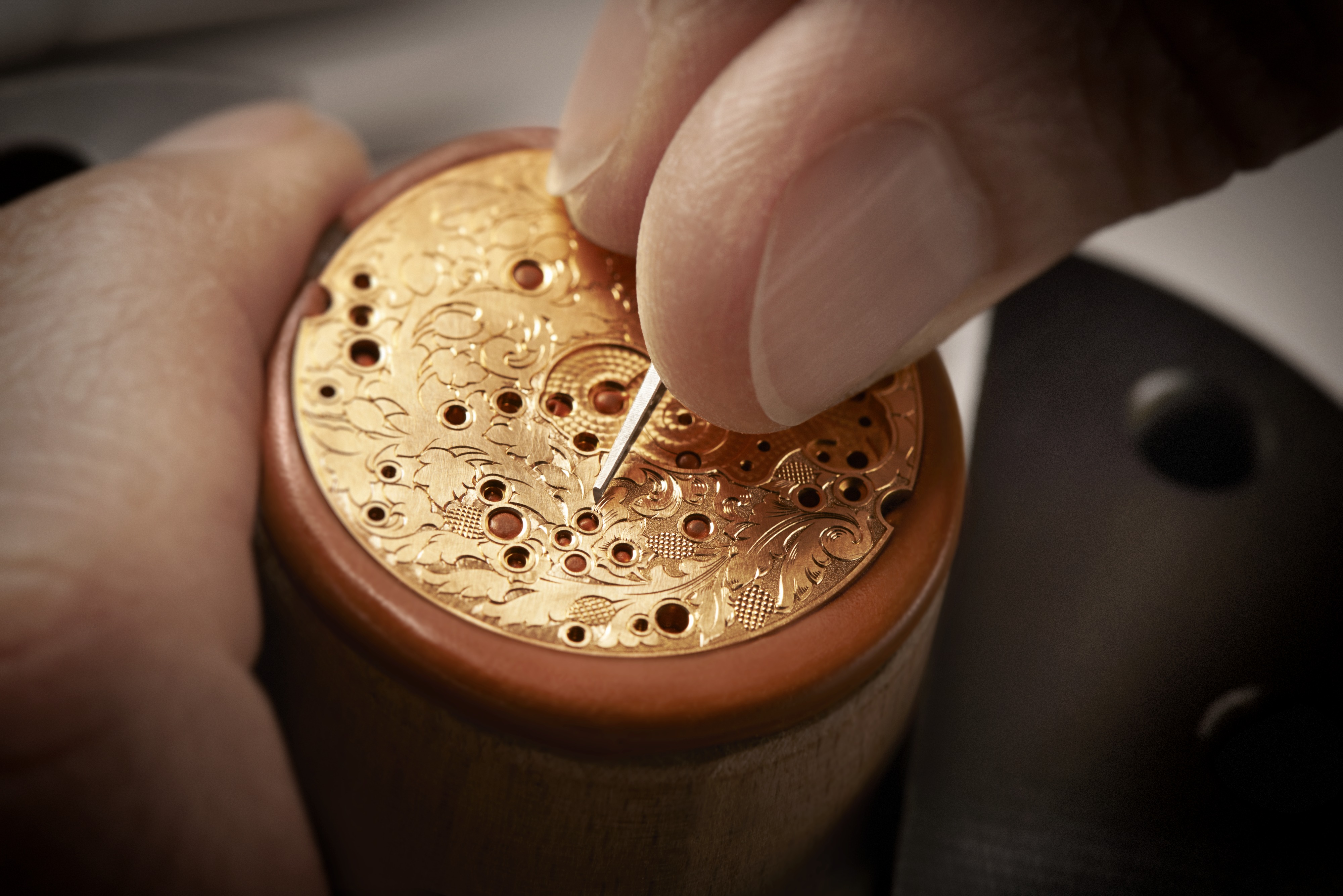 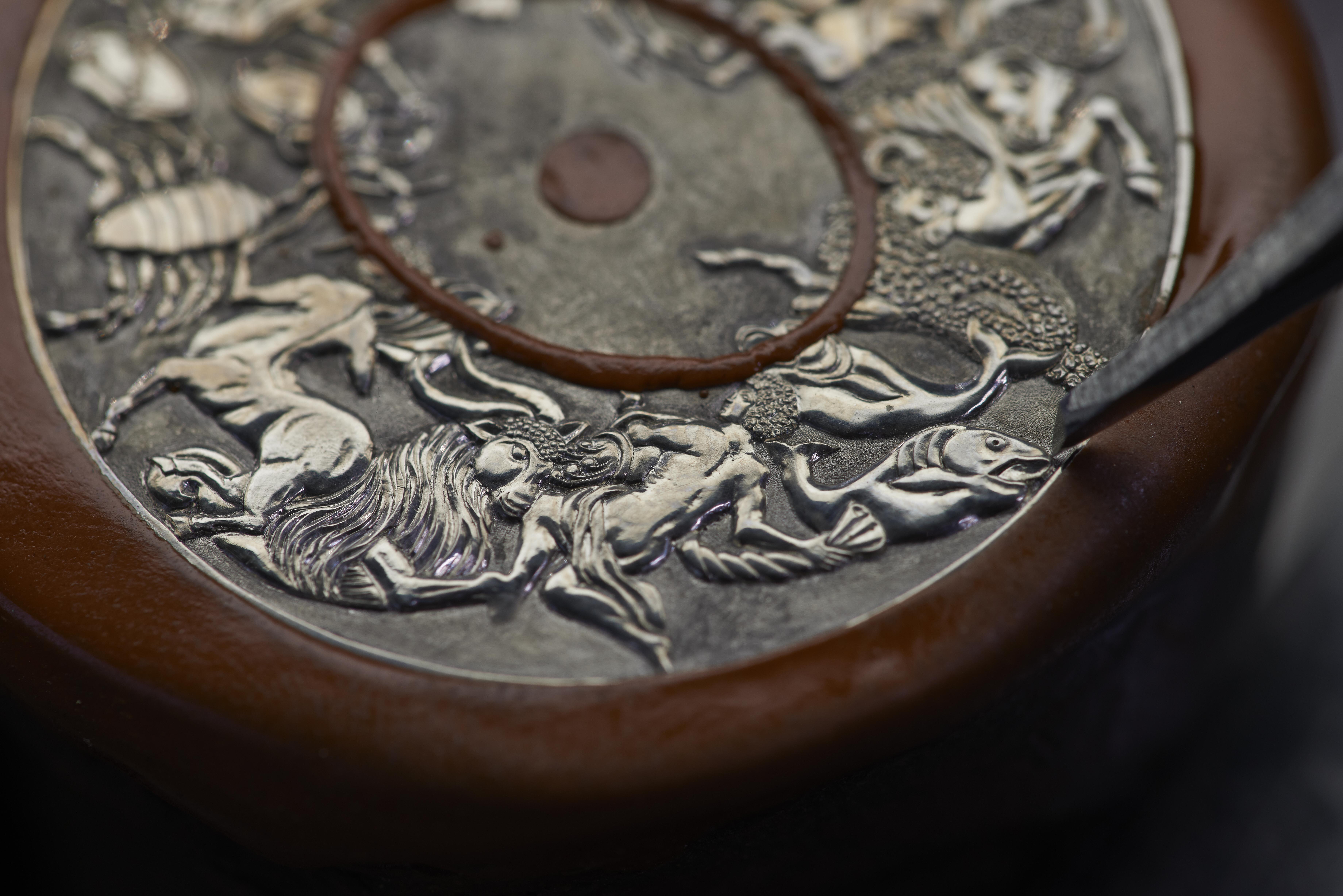 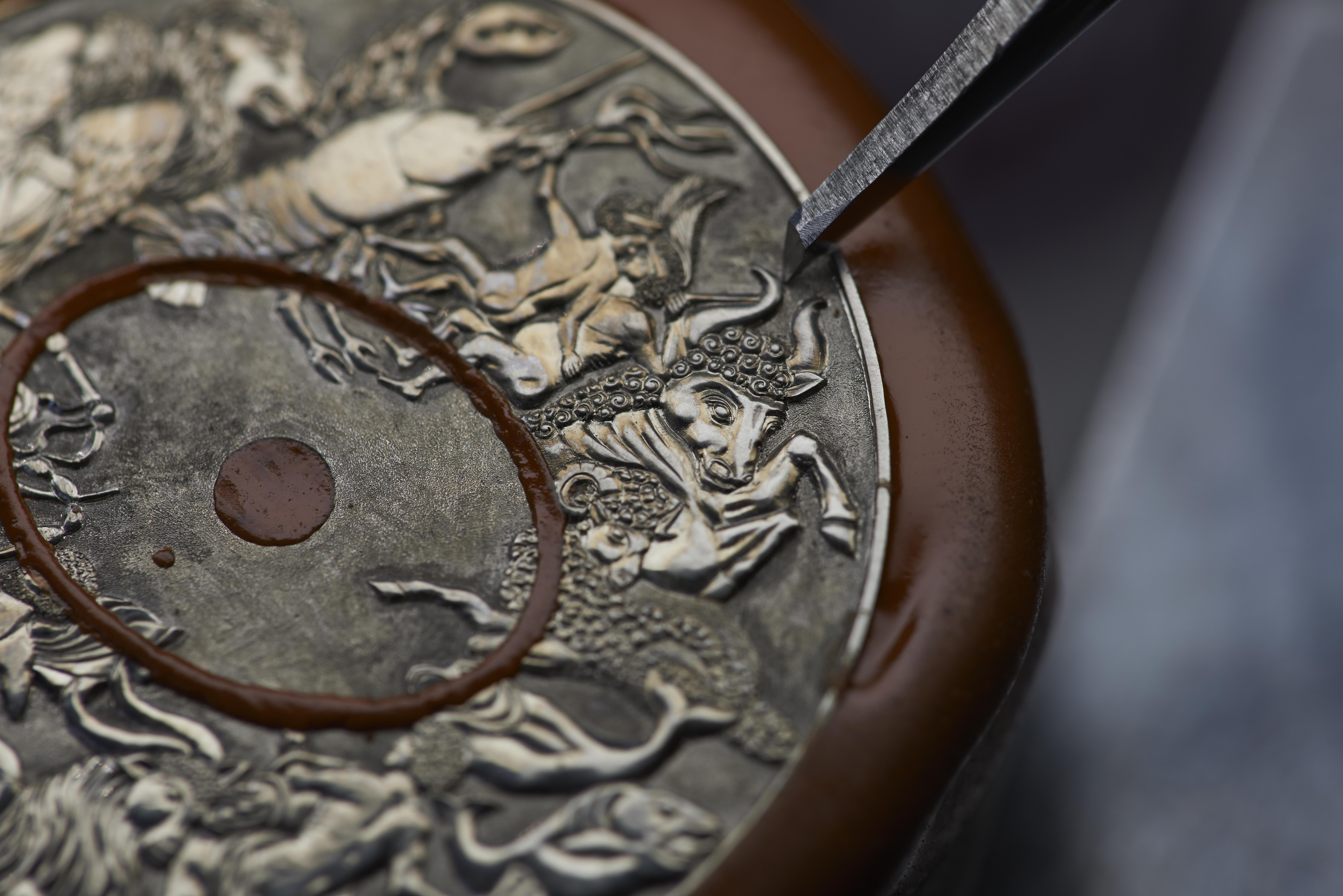 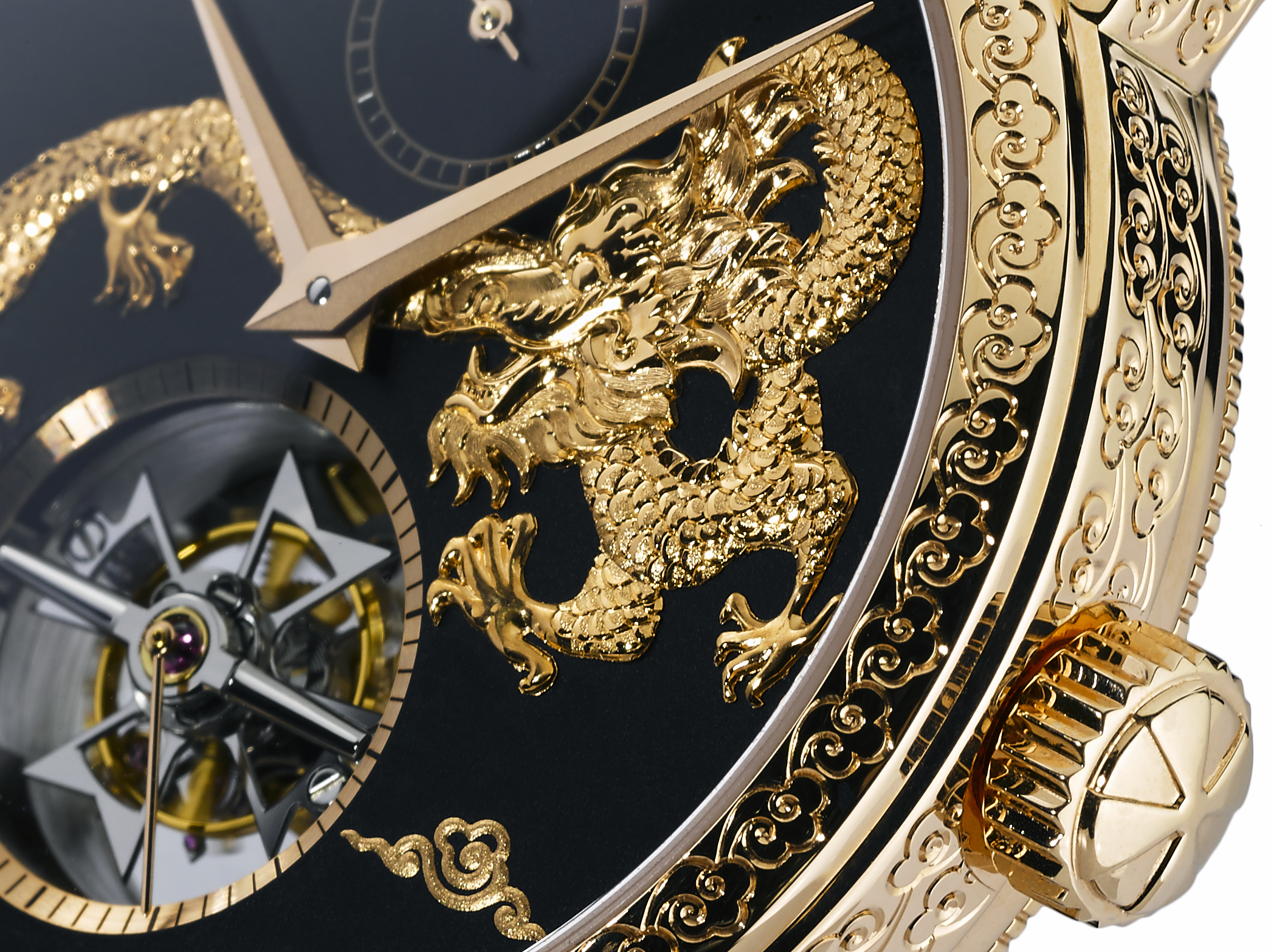 And then we move to enameling. Now, this is a technique that I am more familiar with, having had some exposure to this technique. Nonetheless, what is presented here in Vacheron Constantin is utterly mind-blowing. First, one must understand that the art of enameling was first used some 4,000 years ago, and even today, artisans continue to hone their craft – experimenting with new colors, new techniques; indeed, it is an never ending journey towards perfection. At present, there are several techniques being dutifully employed.

First, there is Grand Feu, a technique where enamel paint is applied and then subjected to high heat, such that the enamel starts to burn, thereby giving it its name of “Grand Fire”.

There is also cloisonné enameling, where thin gold strips are utilized to create the outline of the motif and to hold the enamel.

The next technique is champlevé enameling, where instead of greater an outline above the plate to hold the enamel, the plate or the surface of which enamel is to be applied is hollowed.

Whichever technique that is used, enamel techniques usually ends up being heat treated to fuse the enamel onto its matrix, permanently etching on the full glory of the enamel colors and the artisan’s work. As you can expect, each process is highly delicate and subject to failure. Indeed, due to the high variability of each step, each enamel treatment is one-of-a-kind. 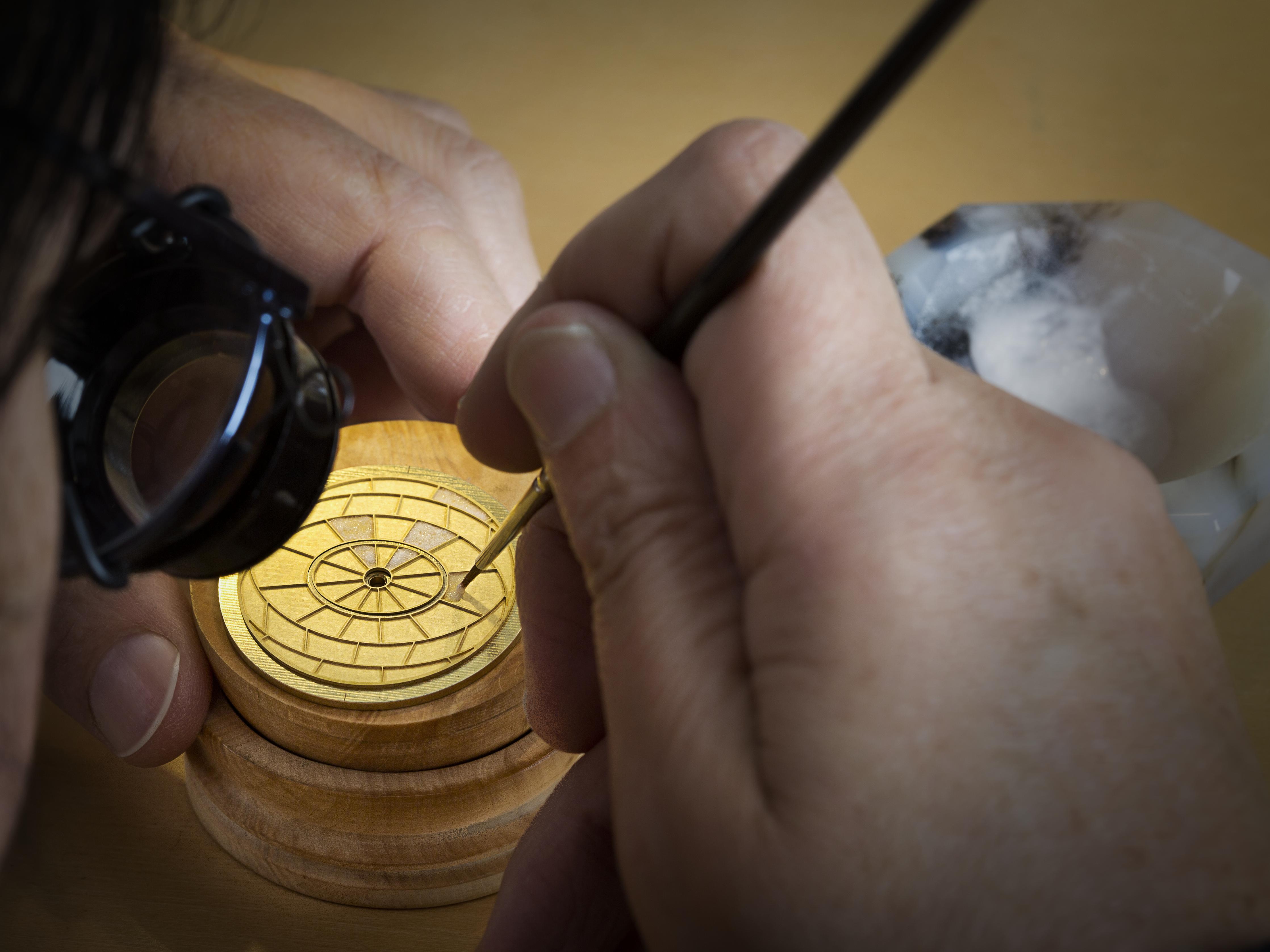 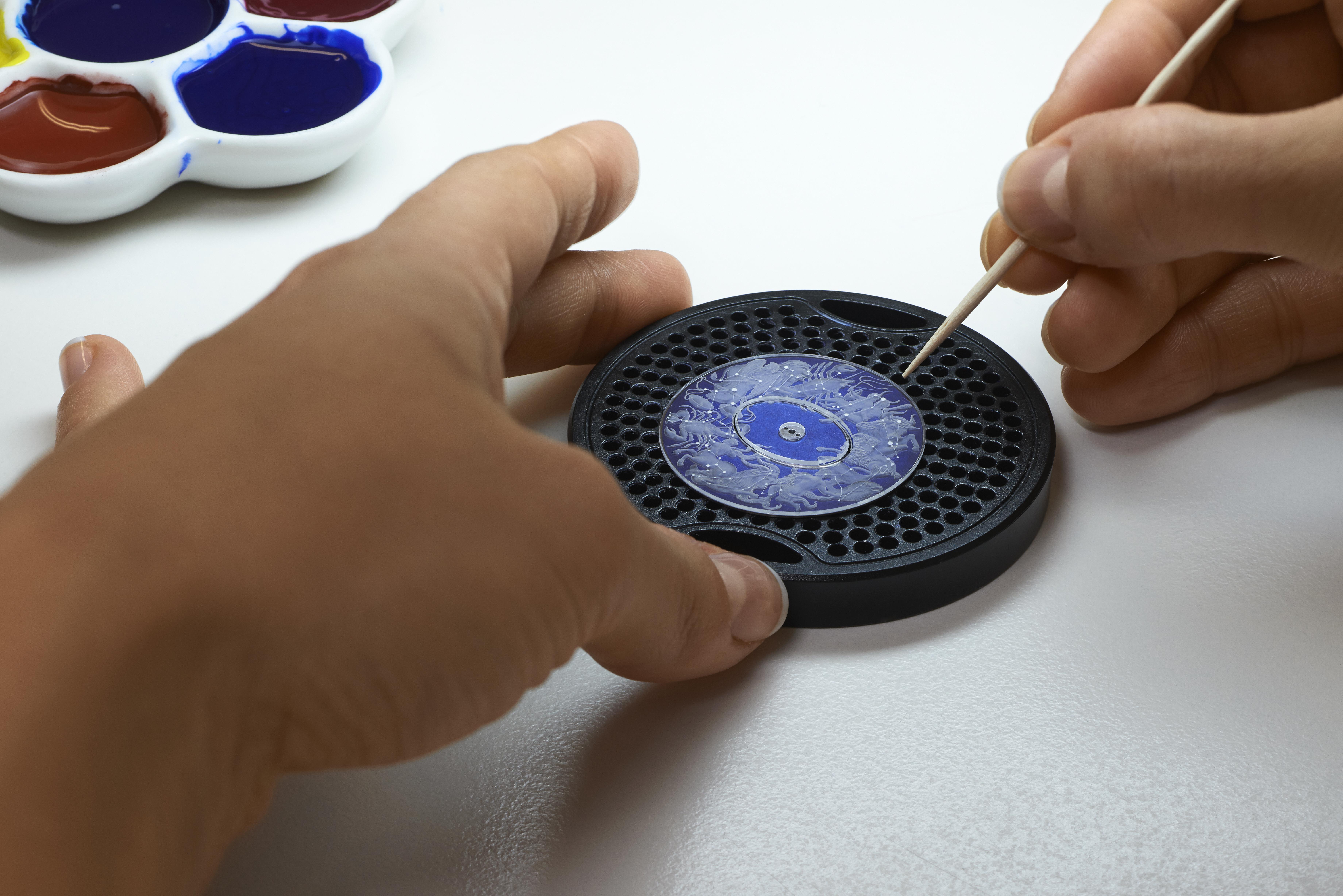 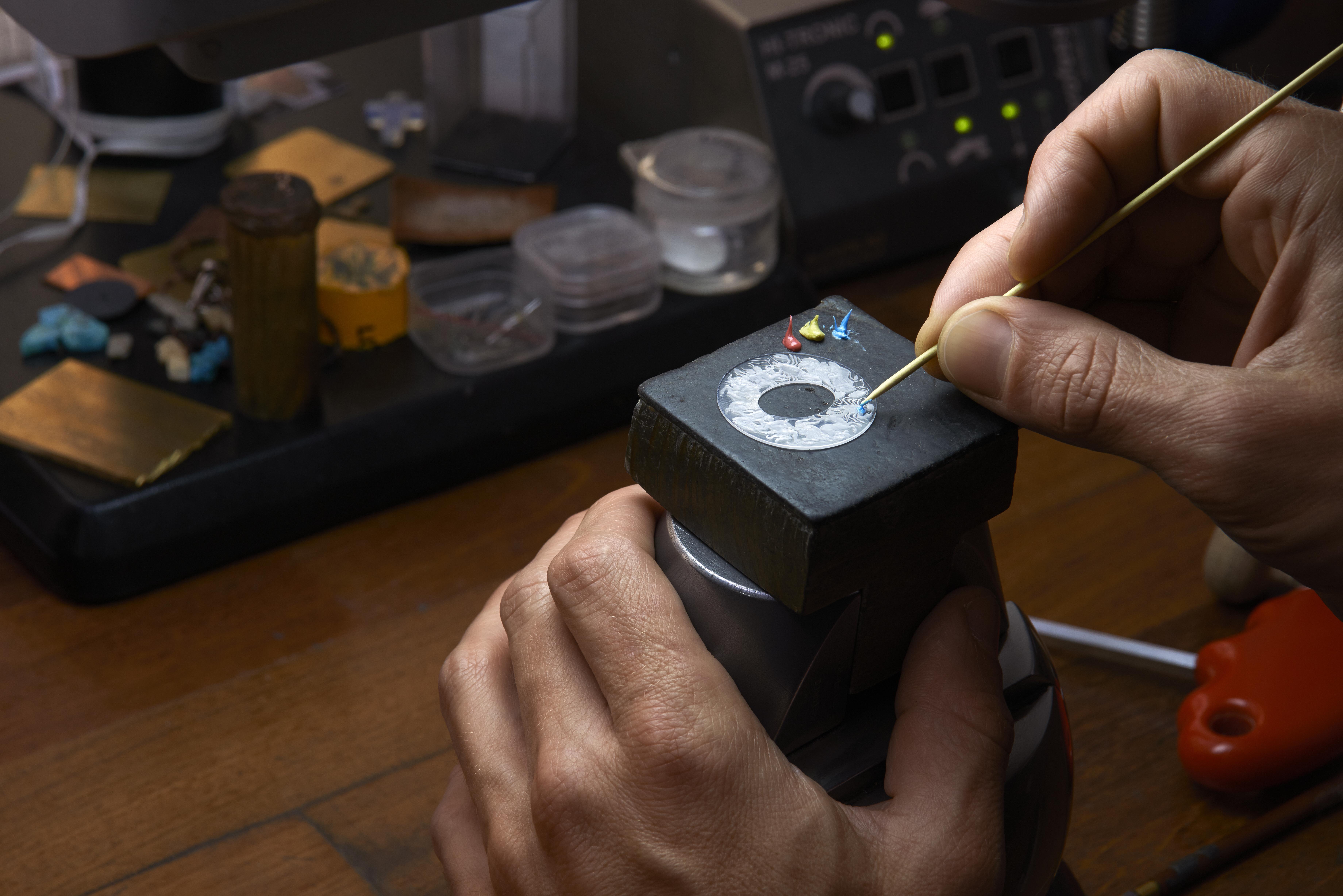 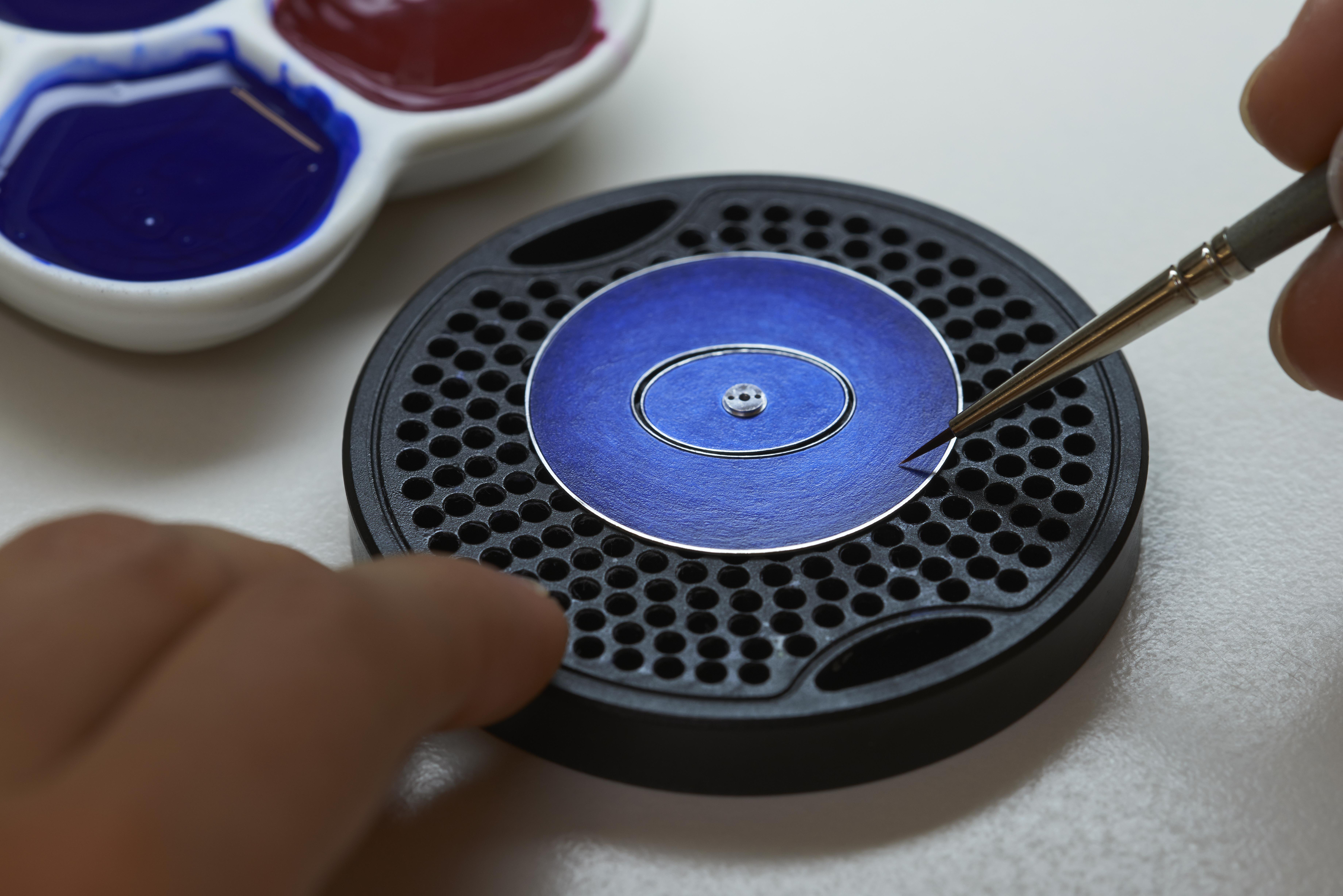 Finally, we have gem-setting. Now, we have no doubt in our minds that Vacheron Constantin is a top horology manufacture, but did you know that the first Vacheron Constantin pocket watches were jewelry watches? Doubtlessly, gem-setting is firmly imbued as a core demonstration of artistic prowess, and here, we have the fortune of witnessing a master gem-setter at work. To ensure maximum brilliance, the master gem-setter employs various techniques, each with its own challenges. Using various prongs and pegs, the gems may be set very intricately, tapping on the gem-setter’s understanding of the metal’s properties. There is also the invisible setting, where the gems are set on a hidden metallic matrix array, such that the glittering gems continue to capture your eye. Using an array of tools, the gem-setter works delicately to bend and twist the metal to firmly cradle these precious stones, all while ensuring that these gems do not even receive a scratch. This is tough work, fixing each individual stone to its setting, but the dazzling radiance makes it all worthwhile. 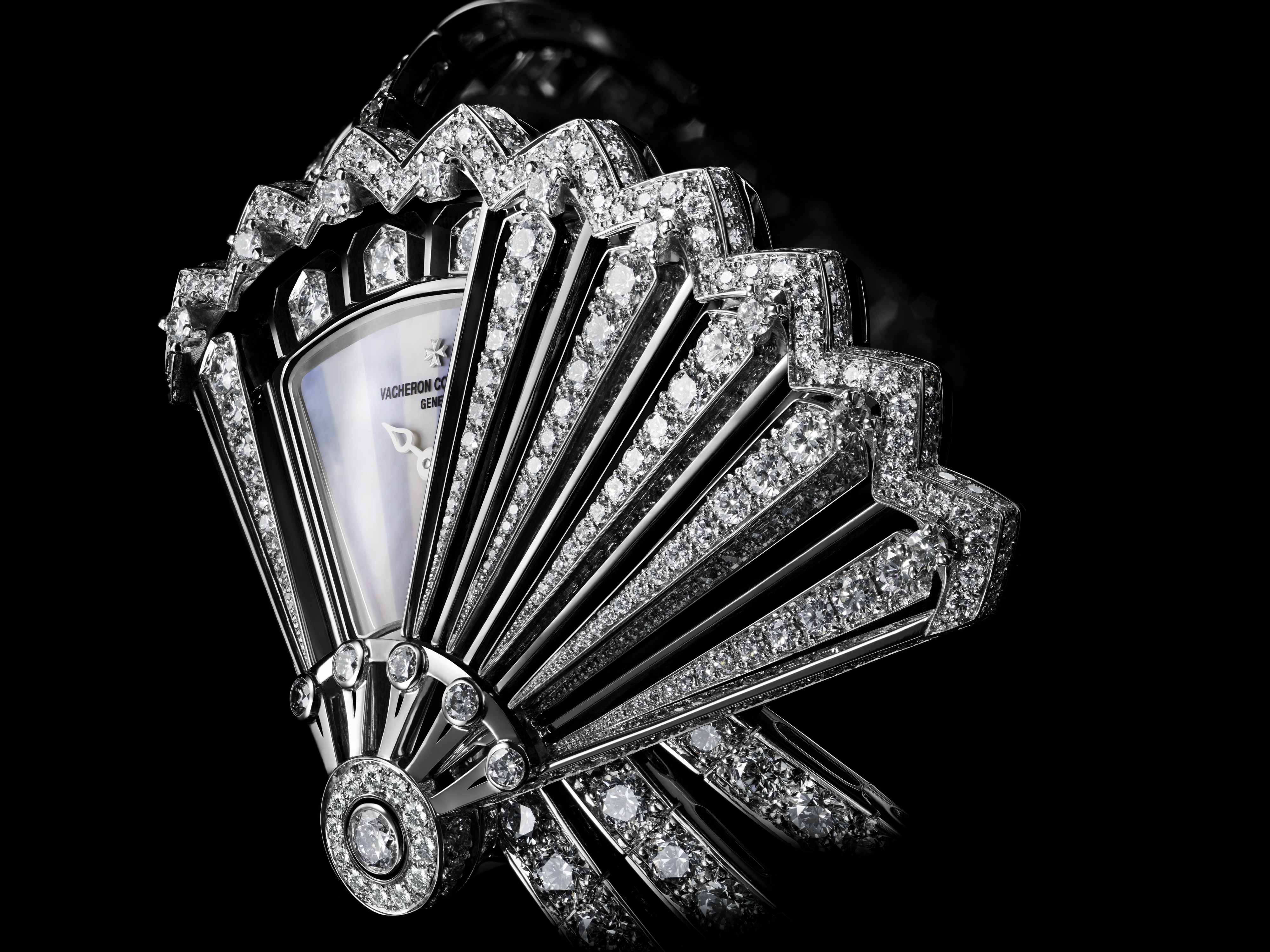 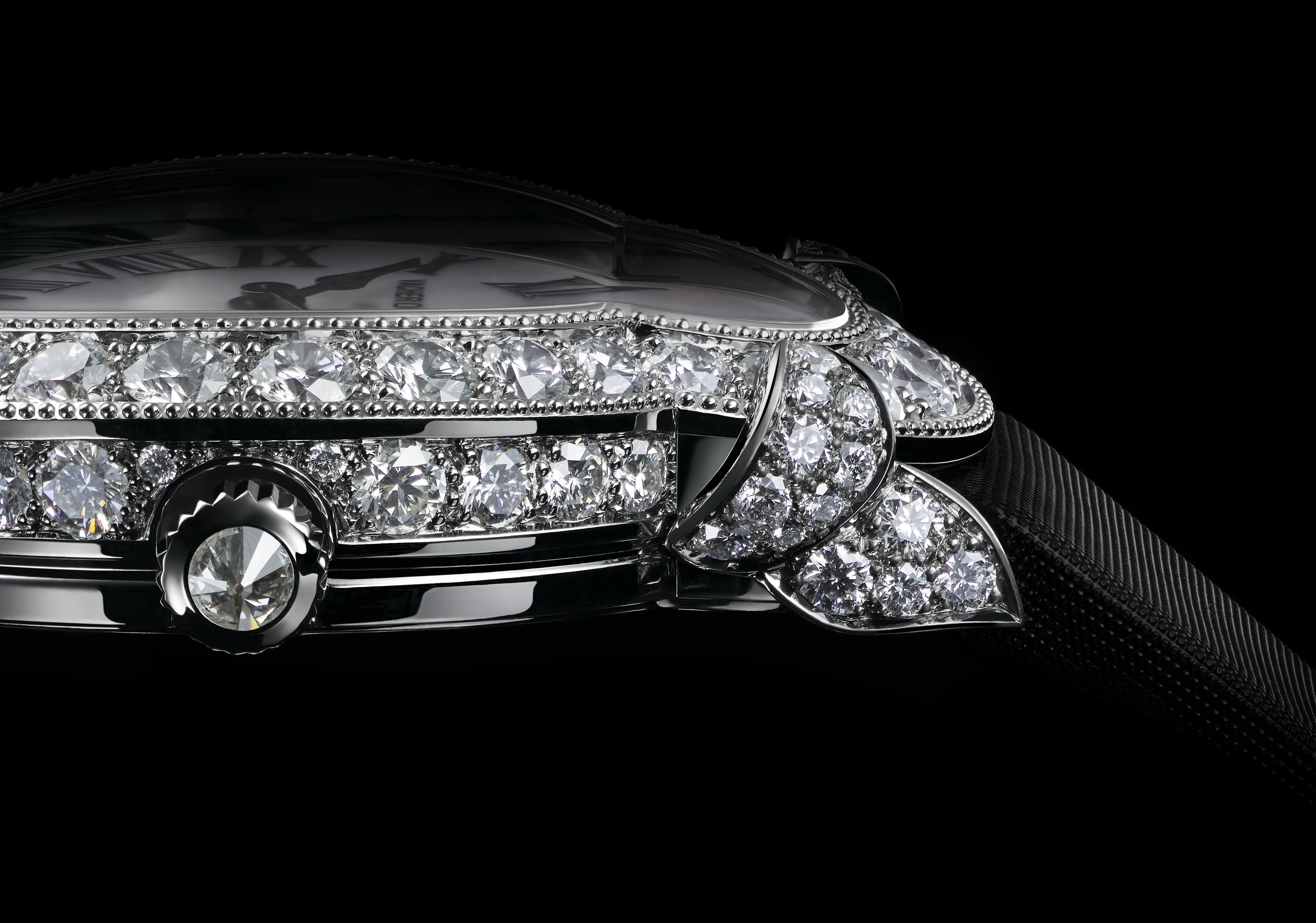 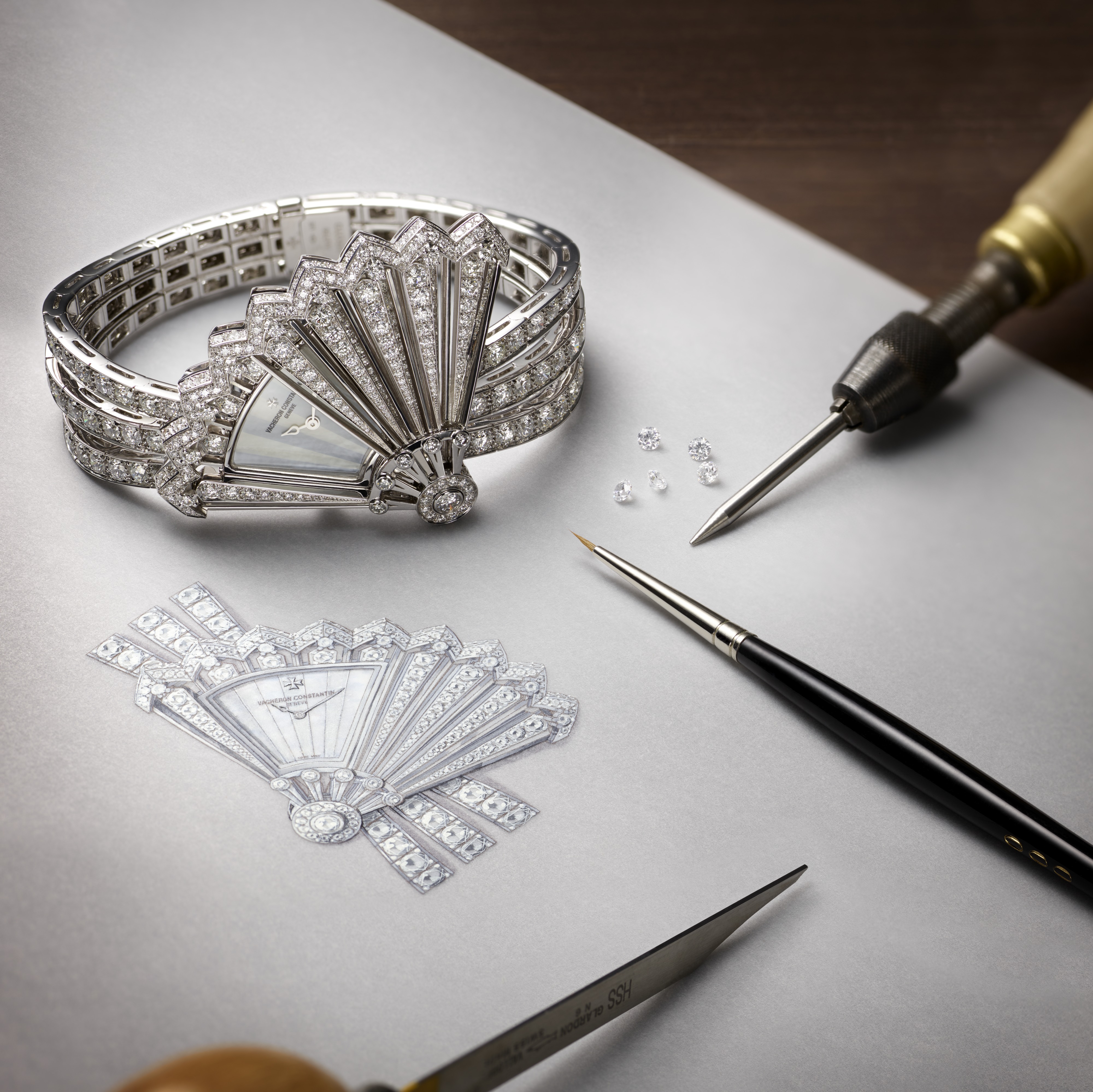 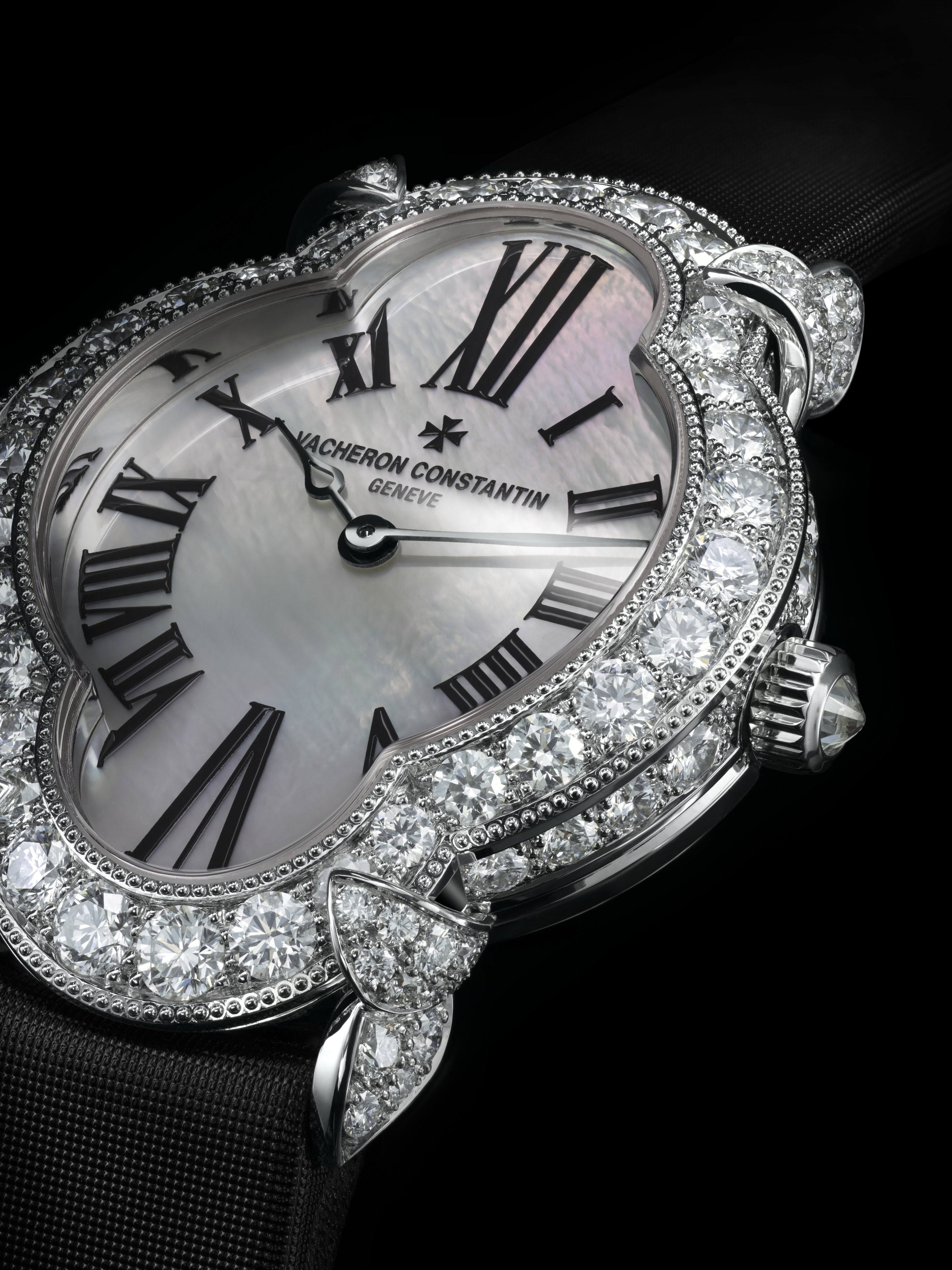 We have gone through all 4 techniques, and each technique bears their own exceptional beauty. But you see, the allure of each technique only serves to magnify each other, and it is here that Vacheron Constantin is able to demonstrate its fine grasp of all 4 techniques, and to combine them with high complications, to create fine specimens, many of which can only be found via Atelier Cabinotiers, an exclusive bespoke service for the most discerning clients of Vacheron Constantin. 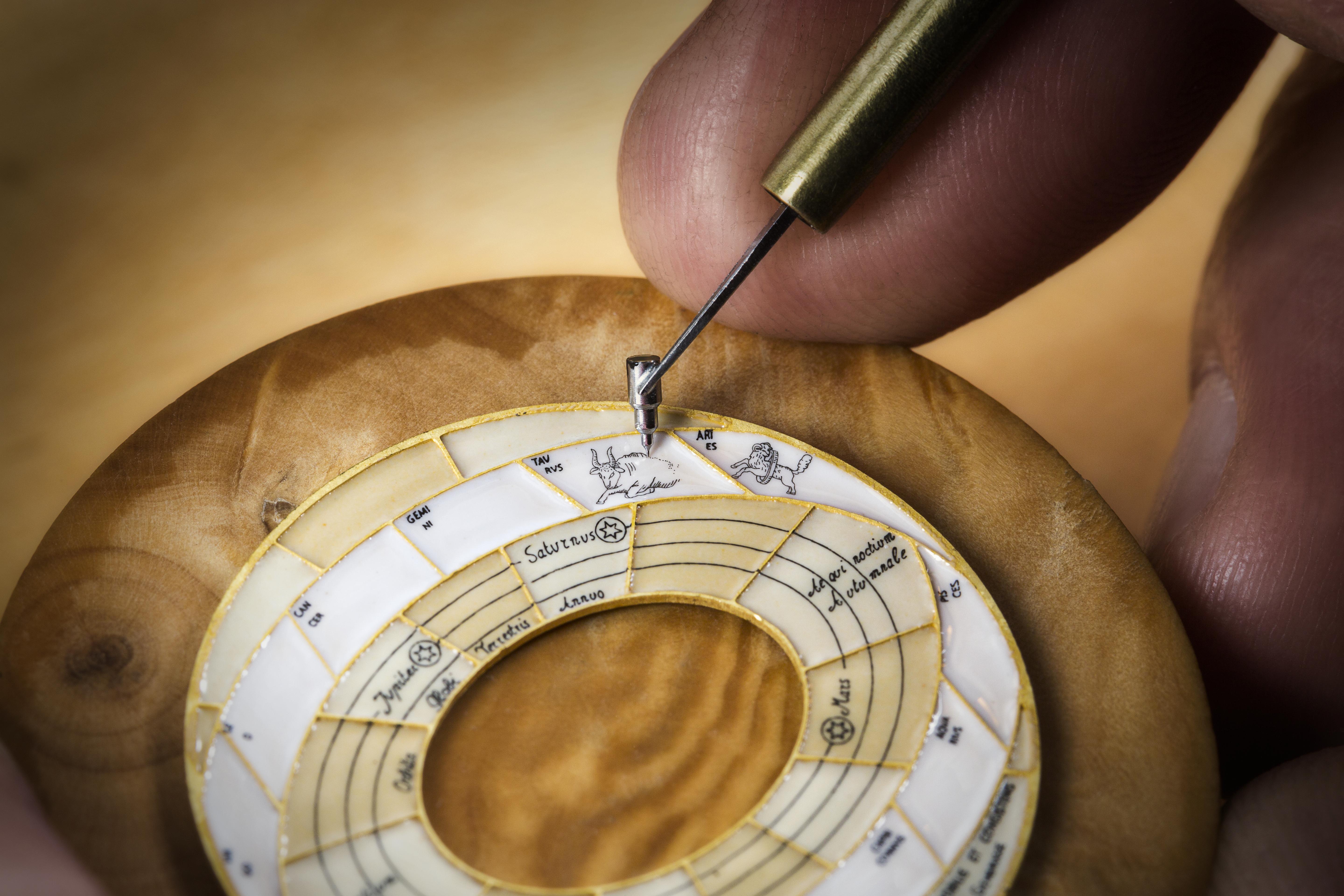